Woman marries herself to get parents off her back 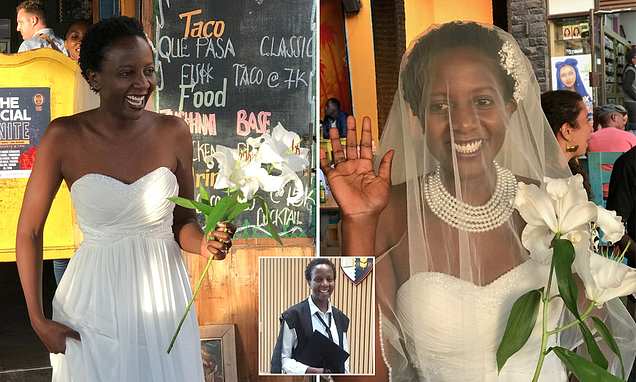 Lulu Jemimah, a 32-year-old woman, finally got tired of parental pressure and agreed to get married. And so, on August 27, the Oxford University student from Uganda tied the knot - to herself. In a mock ceremony, Lulu wore a wedding gown, walked through the venue to the traditional wedding march and even gave a speech to her guests explaining the lack of a groom.

Daily Mail reports that her parents did not attend the ceremony, which took place in Uganda, but that Lulu spoke to her mother and explained things to her.

"When we talked the next day she was a bit confused and slightly hurt, but explained that by even wearing a wedding dress it proved I was ready for marriage," says Lulu. "My father still maintains that he doesn't know what to say."

In a GoFundMe page that she set up to pay for her tuition, Lulu explained her decision to get married to herself: "My father wrote my wedding speech when I turned 16. Every birthday, my mother prays for me and in recent years this has included a plea for a good husband. Someone to take care of me. I decided to put them all at ease. I got married on my 32nd birthday to the one person I am certain will take care of me."

All in all, her wedding only cost her $2.62 - the amount that she spent on transport to the venue. A friend hired the wedding gown for her as a birthday present, her brother baked her wedding cake and the guests all paid for their individual bills at the bar where the ceremony took place.

"I made the commitment to see this life through, at whatever cost," says Lulu.