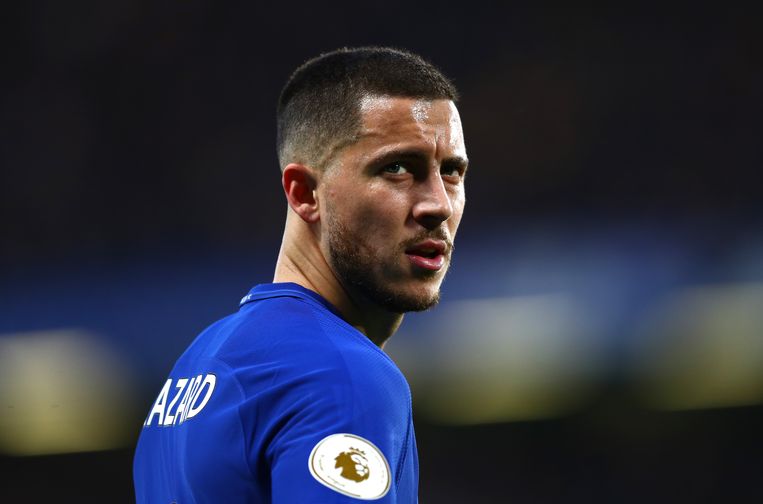 Chelsea's Eden Hazard has cast fresh doubt over his future despite a blistering start to the season by admitting he is still tempted by the childhood dream of a move to Real Madrid.

Hazard has been instrumental in Chelsea's unbeaten start under Maurizio Sarri, scoring eight goals in all competitions, as the Blues sit joint top of the Premier League alongside Manchester City and Liverpool.

The Belgian was crowned the second best player at the World Cup and, after leading his country to third place in Russia, stated he felt the time was right for a fresh challenge with Madrid his preferred destination.

"I spoke after the World Cup and I said that I think it is time to change because I played a great World Cup," Hazard told the British media after scoring in Sunday's 3-0 victory at Southampton.

"I am really in the game, I am playing good football at the moment.

"Real Madrid is the best club in the world. I don't want to lie today. It is my dream since I was a kid. I was dreaming about this club.

"We will see. I don't want to talk about this every day. I don't have time but we will talk about my future soon."

Real could do with Hazard's firepower in the absence of the departed Cristiano Ronaldo, having failed to score in four consecutive games for the first time since 1985.

Hazard is out of contract in 2020, but doesn't want to follow the example of international team-mate Thibaut Courtois in forcing his way out of the club.

Courtois had just a year to run on his contract, lowering his transfer value, when he refused to return to pre-season training with Chelsea before sealing a move to Real in August.

"I don't want to say: 'Yes, I am signing a new contract' and then in the end I don't end up signing. So I will see.

Madrid have won the Champions League for the past three seasons, while Chelsea failed to even qualify for Europe's premier club competition this season after finishing sixth in the Premier League.

However, Hazard insisted it is not trophies, but the enjoyment he gets from his football that will be the determining factor in his decision.

And he is thriving in Sarri's more expansive set-up after two seasons under the more cautious approach of Antonio Conte.

"It is not trophies. Of course, when you play, you want to win," added Hazard. "But I just want to enjoy things on the pitch, like I am at the moment. Then I am happy."