Jadeja's four keep Bangladesh down to 173 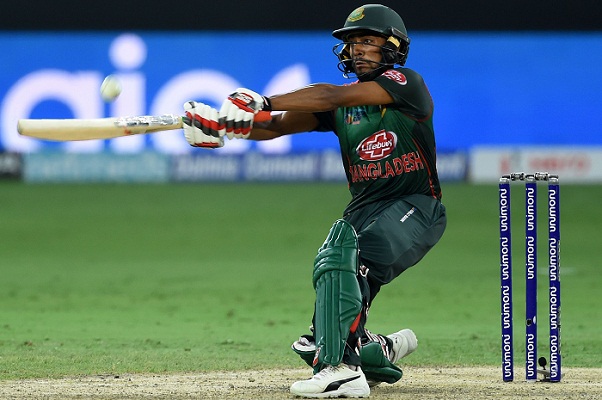 Recalled spinner Ravindra Jadeja took four wickets to help India restrict Bangladesh to 173 all out in the Super Four game in the Asia Cup in Dubai on Friday.

Jadeja -- replacing all-rounder Hardik Pandya who was ruled out of the tournament with a back injury -- finished with 4-29 in his four overs after India sent Bangladesh in to bat at the Dubai stadium.

Pacemen Bhuvneshwar Kumar (3-32) and Jasprit Bumrah (3-37) were also ruthless as Bangladeshi batting couldn't get going with tail-ender Mehidy Hasan top-scoring with a 50-ball 42 with two sixes and two boundaries.

Bangladesh, who were bowled out for a mere 119 against Afghanistan on Thursday, were once again off to a disastrous start during which they lost half the side for just 65 runs.

It could have been worse had Mehidy not put on a fighting 66-run partnership for the eighth wicket with Mashrafe Mortaza who made 26 with two sixes.

Pakistan and Afghanistan were playing the other Super Four game in Abu Dhabi. Top two teams from the Super Four will play the final in Dubai on September 28.