People not to allow election with Khaleda in jail: BNP 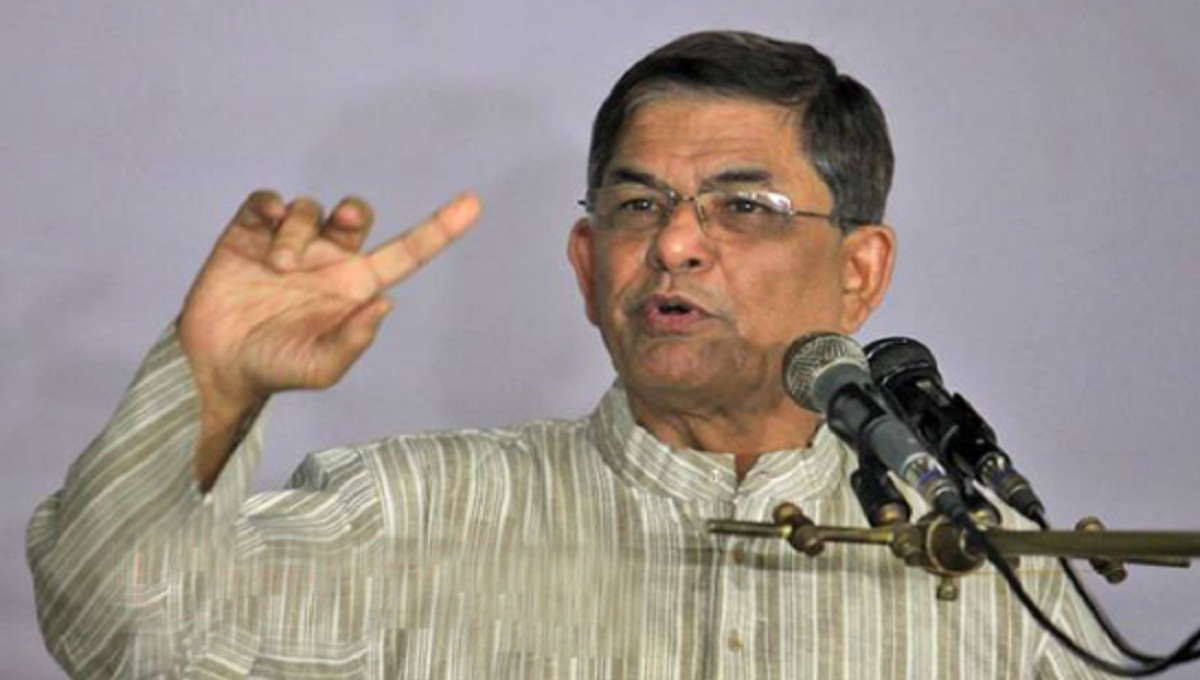 BNP secretary general Mirza Fakhrul Islam Alamgir on Saturday warned that people will not allow the government to hold the next general election without the release of their chairperson Khaleda Zia.

“We would like to clearly say the election will be held when a congenial election atmosphere is created. It means our leader (Khaleda) must remain out of jail, and the government must quit forming an election-time administration,” he said.

Speaking at a discussion, the BNP leader also said parliament must be dissolved, while the Election Commission will have to be reconstituted and army must be deployed to create an atmosphere conducive to credible polls. “People won’t allow you (govt) to hold a unilateral election by keeping our leaders and activists in jail.”

Fakhrul alleged that the government has turned the entire country into a dangerous jail with its repressive acts. “Many cases are being filed in advance in all villages, unions and all wards and thanas of Dhaka to arrest our leaders and activists during the election.”

He said the government is resorting to evil tactics and undemocratic means to avert its defeat in the 11th parliamentary polls.

The BNP leader said they are trying to create a national unity with other parties to restore democracy and ensure the fall of the current government.

Fakhrul recalled the contributions of Kazi Zafar Ahmed to the country’s various democratic movements and prayed for salvation of his departed soul.