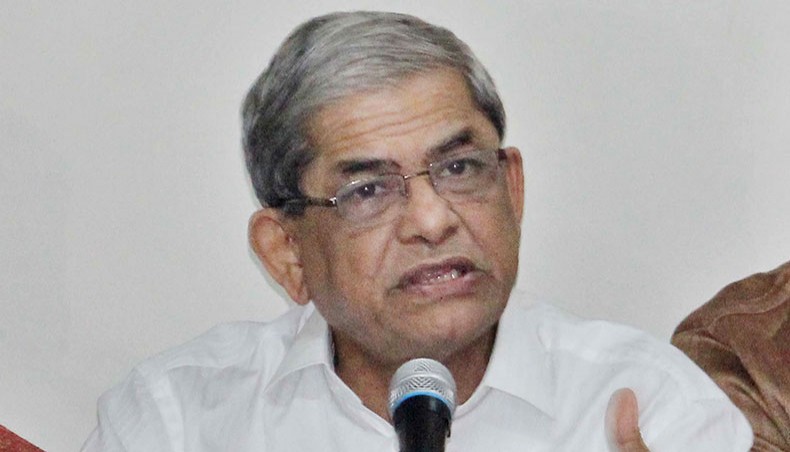 BNP on Wednesday feared that the PM’s comment involving its chairperson Khaleda Zia and her son Tarique Rahman with August 21 grenade attack may influence the verdict of the case.

“The PM’s comment has exposed that the government wants to completely control the judiciary. They also want to detect who are involved and who is not in advance,” he said.

Earlier on August 21, Prime Minister Sheikh Hasina at a programme alleged that BNP chairperson Khaleda and her elder son and also the acting chairperson of the party Tarique were directly involved in the August 21 attack.

Protesting the PM’s comment, Mirza Fakhrul said it will be impossible for the investigators and judges to work neutrally and independently to deal with the August 21 case when the Prime Minister, who is also the chief executive, makes such comments.

“Our chairperson has already been in jail. They (govt) are again plotting to convict her in the name of so-called trial,” he claimed.

The BNP leader also alleged that the judiciary cannot work independently now due to government’s interference as “they (govt) have completely politicised the judiciary and are now trying to politicise the verdict as well.”

Earlier, Fakrul along with party senior leaders and activists went to Zia’s grave around 11 am and offered Fateha there.