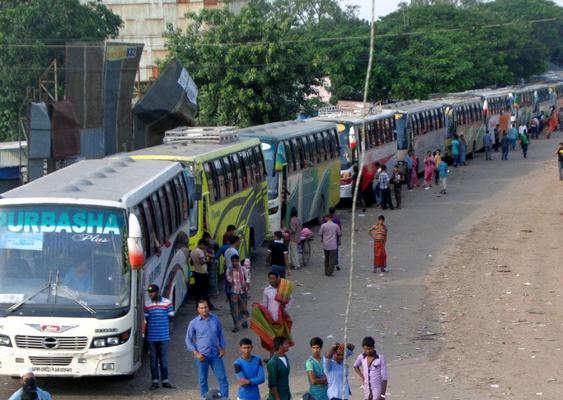 A 22-kilometre tailback has been formed on the Dhaka-Chittagong highway due to heavy rush of vehicles as Eid holidaymakers began their journey towards village homes on Friday morning.

According to witnesses, the traffic jam was created as an iron rod-laden truck turned turtle in Gajaria area on the highway early Friday.

Ferdous Alam, a passenger of a Chattogram-bound bus said it took about four hours to cross 20 kilometres from Narayanganj to Daudkandi’s Meghna-Gomti bridge.

Another passenger Monirul Hasan said he began his journey at 5:30am in the morning. He has travelled one-hour distance in 5 hours.