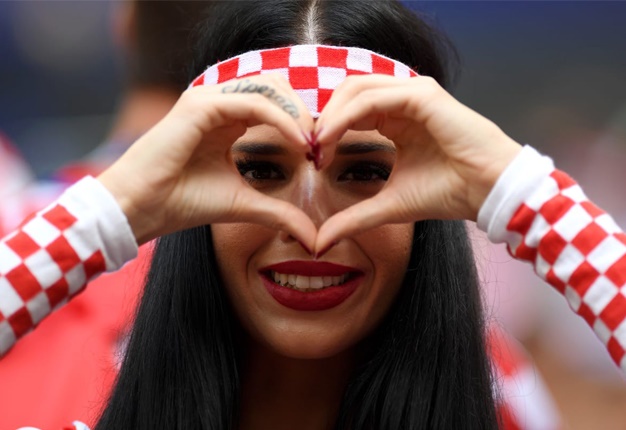 Heartbroken but proud Croatian fans in Zagreb cheered and wept as their “heroes” went down 4-2 to France in the World Cup final in Moscow on Sunday.

On the final whistle applause from tens of thousands of Croatian fans rang out through the capital’s main Jelacic square as many lit flares and set off firecrackers.

Fans cheered the players on a big TV screen in the packed square, as car horns began blaring on the streets of the Croatian capital.

“Our boys gave everything on the pitch, till the last drop of energy,” Kristijan Strnic, 22, dressed in a red-and-white chequerboard jersey, told AFP.

“It was a spectacular match, the nation is grateful, we are so proud of our golden team, they fought like lions,” he said.

As a party began in the square to celebrate the team’s performance a distraught supporter Aurora Krnic said with tears in her eyes that the second place was “still fantastic”.

“I am sorry for all the young people, the team made them so happy, but they gave their all, they are heroes to us,” she said.

“Croatia can be proud, we should applaud our boys” said match commentator Drago Cosic on Croatian state TV HRT.

“A big football nation managed to outsmart Croatia with pragmatic albeit dominant football, France remains a puzzle to solve for Croatia”.

“Mbappe and Pogba, with the help of the Argentinian referee and VAR, left Croatia on the threshold of paradise”.

“Croatia was just a step away from football immortality,” said the Index.hr website.

“These boys are world champions for us, they taught us about heart and unity,” said Croatian Prime Minister Andrej Plenkovic who watched the match with fans in a downtown fan zone.

“We lived through a fantastic and unforgettable period for the whole of Croatia during this month,” he said of the Balkan nation with a population of just over four million people.