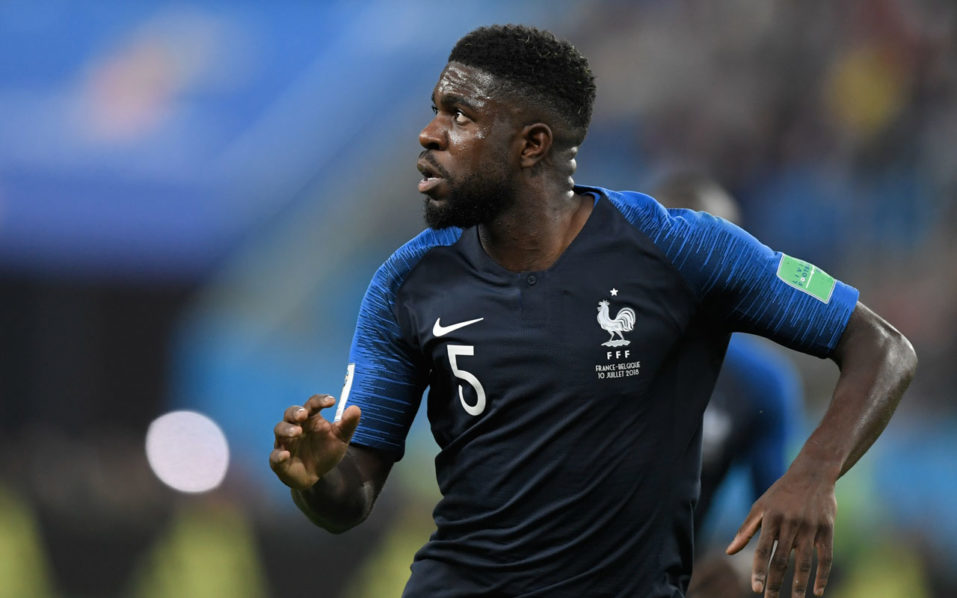 France have a much-vaunted attack but it is their defence marshalled by Samuel Umtiti and Raphael Varane that is impressing at the World Cup -- at both ends of the pitch.

Centre-back Umtiti scored the only goal in Tuesday's semi-final to condemn Belgium's 'golden generation' to the third-place playoff in Russia.

Right-back Benjamin Pavard's stunning long-range effort from left-back Lucas Hernandez's cross levelled Les Bleus' last-16 tie with Argentina at 2-2 after Didier Deschamps' side fell behind for the first time in the tournament.

Mbappe then took centre-stage in a thrilling 4-3 win on the only occasion the French defence have looked vulnerable in Russia.

Varane headed the opener in a 2-0 quarter-final win against Uruguay as Luis Suarez was shut out.

And Eden Hazard, Kevin De Bruyne and Romelu Lukaku could not break through in Saint Petersburg as France registered a fourth clean sheet in six World Cup games to reach the final.

"The defence was excellent," said Deschamps when asked if Tuesday's performance was the best defensive display during his reign.

"We had to defend deep, very deep at times because Belgium have technical quality. The idea was not to give them space because they've rolled over everyone (in reaching the semi-finals), even Brazil."

On the few occasions the French defence has been breached, captain Hugo Lloris has come up with big saves against Uruguay and Belgium. Deschamps' cautious approach does not win admirers from all quarters.

But the success of reaching the World Cup final after also playing in the Euro 2016 final is hard to argue with.

As France look to make amends for losing to Portugal on home soil two years ago, the presence of Varane could make the difference.

Fresh from winning his fourth Champions League title at just 25 with Real Madrid, Varane missed the Euros two years ago due to a thigh injury.

Rivals at club level, he and Barcelona's Umtiti have formed a strong partnership with a combination of aerial power and speed across the ground. "

As in 2016, the dynamic within the team is very good, but the team is more mature. There is more experience," said Varane.

Umtiti was drafted in for his international debut to cover for Varane two years ago, and is determined not to suffer another disappointment in a final.

"I'm not a lucky charm," he said. "We did not win the final at the Euros -- that's why it's important for me to reach the World Cup final. I hope it will be different and we can bring it back to France."

Either side of Varane and Umtiti, Deschamps' decision to use 22-year-old converted centre-backs Hernandez and Pavard instead of Benjamin Mendy and Djibril Sidibe for their better defensive qualities has been thoroughly justified.

Deschamps' France may not enthral like the World Cup-winning side of 1998 he captained, but they will be hard to beat for England or Croatia come Moscow on Sunday.