Croatia lands in Moscow ahead of World Cup showdown with England 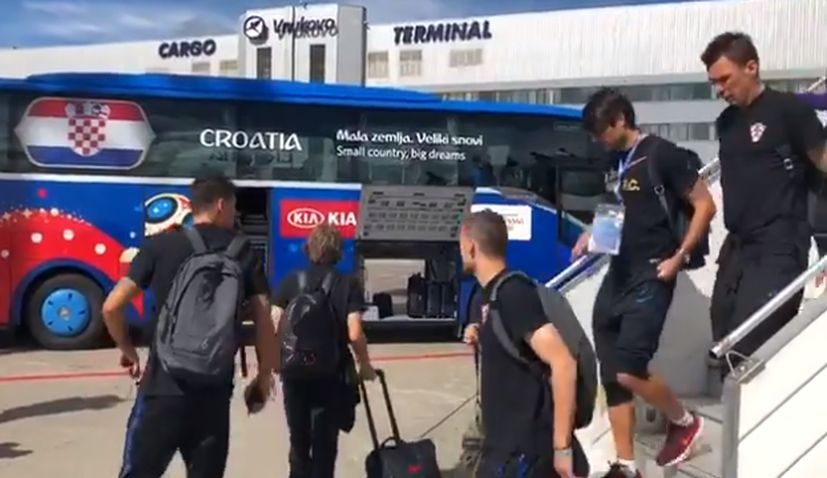 The Croatian football team made the two-hour and twenty flight from Sochi to Moscow on Sunday afternoon where it will take on England in the semi-final of the World Cup.

The team landed in Moscow just after 3:30 pm CET on Sunday after a memorable night in Sochi beating the hosts Russia.

Croatia and England will meet on Wednesday 11 July at the 80,000-capacity Luzhniki Stadium in Moscow at 8 pm CET. It will be Croatia’s second World Cup semi-final appearance since 1998 and England’s first since 1990.

Croatia and England have met in five competitive games in the past with Croatia winning two and England three. They have also met in two friendlies. Croatia’s most memorable victory over the Three Lions was the 3-2 win in 2009 at Wembley when Niko Kranjcar, Ivica Olic and Mladen Petric scored to knock England out of qualifying for Euro 2008.

Vedran Corluka Luka Modric, Ivan Rakitic and Ivica Olic, who is an assistant coach in Russia, were all part of that win in London 11 years ago.

Liverpool defender Dejan Lovren is the only player in the Croatian team currently playing in the English Premier League.

Croatia’s first training session will be on Monday evening at the Luzhniki training ground.

“We do not want to stop, we will try to play our best game. We have two matches to play and we are very motivated. We’re giving our all. It will be a battle again but I trust us, I have belief in us,” Croatia coach Zlatko Dalic said.