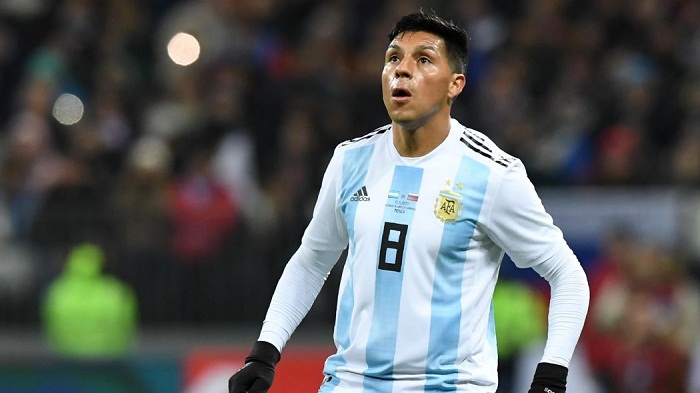 The 32-year-old, a former Valencia and Benfica player, has 23 caps, the last of which he won last year.

Lanzini dropped out of Argentina's World Cup squad on Friday after rupturing the anterior cruciate ligament in his right knee.

Twice world champions and beaten finalists in Brazil four years ago, Argentina face Iceland, Nigeria and Croatia in the group stage in Russia this year.

Meanwhile, Lionel Messi has said Argentina are well prepared for the World Cup and highlighted their individual quality as key.

"We have been preparing very well throughout our training camp," the Barcelona forward said in quotes reported by Marca.

"We have great players on an individual level and we will fight as an equal to any team, even if we are not the favourites,” Messi added.