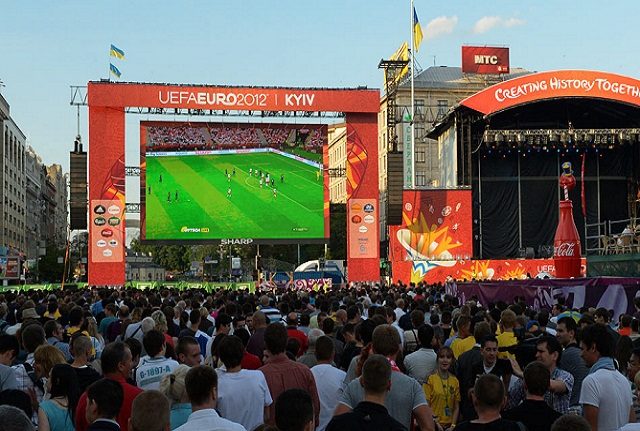 The threat of terrorist attacks in France has put paid to fans’ hopes of watching the World Cup on big screens in public spaces, France’s ministry for the interior announced Tuesday.

“I remind all publicly-elected officials of the fact that ‘big screen’ zones are completely forbidden in public spaces,” said a statement from the ministry.

France has been subject to several terrorist attacks in recent years, leading to an increased security presence all round.

“In the current climate of terrorist threats, the security procedures used at the last European Championship must be deployed again, with the same degree of efficiency.”

At Euro 2016, held in France, fans wanting to watch games on big screens in public had to do so by entering one of the 10 officially sanctioned “fan zones” in each host city, at which there was a heavy security presence.

Tuesday’s directive suggested that city officials hoping to bend the rules and organise their own fan zones with big screens can do so.

But “these transmissions, organised under their responsibility, can only be held in closed or strictly controlled areas (stadiums, sports venues, conference centres halls etc.)”

These areas would also require a “heavy security presence” and be at the “cost of the organiser”.

On 12 May Khamzat Azimov, a Frenchman of Chechen origin who was on a list of terrorist suspects, knifed a 29-year-old bystander to death and injured five others in an unprovoked attack in central Paris.

Since 2015, 246 people have fallen victim to terrorist attacks in France.