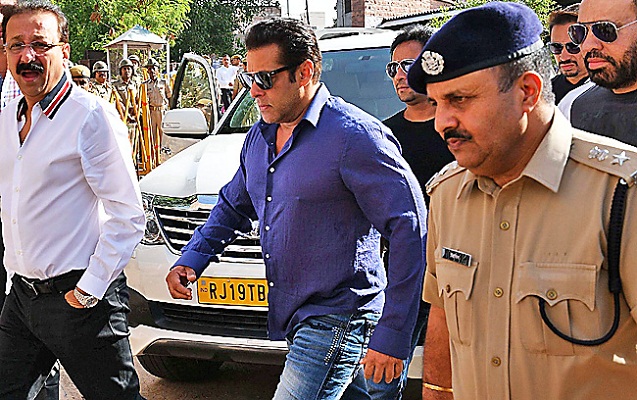 Indian movie star Salman Khan managed to avoid the spotlight when he returned to court on Monday over his five-year jail sentence for killing endangered wildlife.

Khan, one of the world's highest-paid actors, was convicted last month of shooting dead two rare antelopes known as black bucks on a 1998 hunting trip. He spent two days behind bars before being granted bail.

The Bollywood icon was ordered to appear in court on Monday and an early-morning hearing was held in Jodhpur, in the western state of Rajasthan.

Khan arrived in a white SUV and slipped into court around 8:00 am (0230 GMT) surrounded by minders, catching Indian media and his army of fans off guard. Court sessions generally start much later in India. 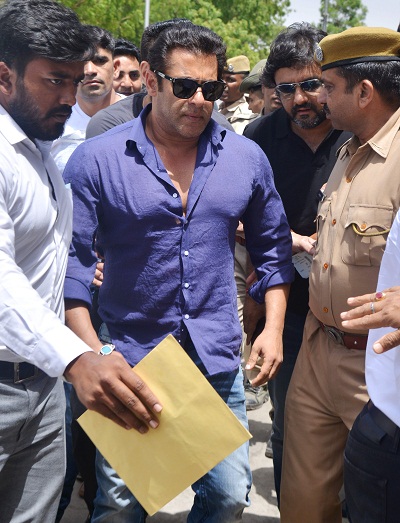 Khan, who is not allowed to leave the country without permission but has been filming a new movie in India, returned directly to Jodhpur airport after the hearing.

"We will begin arguments on the appeal against the five-year sentence from July 17," said defence counsel Mahesh Bora.

Prosecutors said they would oppose the appeal bid and were ready to present their case.

Four other actors were acquitted in last month's verdict and Khan has repeatedly denied killing the creatures -- accusing Rajasthan's forest department of trying to frame him.

His lawyers claim the black bucks died of natural causes such as overeating, insisting there was no evidence they were shot.

Throughout the multiple cases, eyewitnesses have stated they saw Khan firing a gun.

The 52-year-old enjoys a cult-like status in star-obsessed India and is one of Bollywood's biggest draws, despite a host of controversies.

Khan was in a vehicle in Mumbai in 2002 when it mounted the curb and killed a homeless man sleeping on the pavement.

He was found guilty of culpable homicide and sentenced to five years in prison, but the verdict was overturned by a higher court in 2015. His acquittal is being challenged in the Supreme Court.