Chinese police hunt man who walked off beach with a dolphin 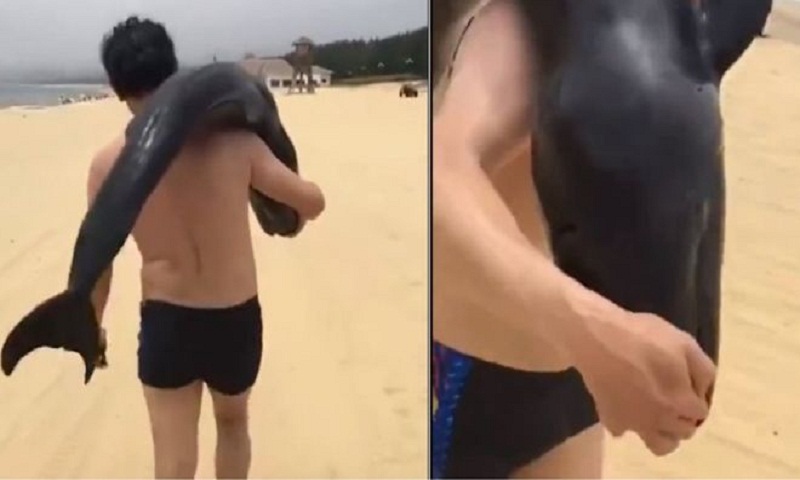 Chinese authorities are looking for a man who was filmed carrying a dolphin over his shoulder at a beach in the city of Guangdong.

According to news website Btime, the man is believed to have taken the dolphin to his car before driving off with it.

Witnesses said the animal had been found stranded on a beach in Hailing island, and appeared to be dying.

A statement from China's Public Security Department said an investigation into the incident was under way, urging those with information to come forward.

"Dolphins are protected animals in China, so the man will be punished if he is found," the statement on Weibo said.

Footage of the incident, which took place on 1 May, was posted by Btime on Chinese video sharing site Miaopai where it has received more than six million views.

"Witnesses said they saw a dolphin which seemed to be dying or was almost dead near the shore," a local fishery official told Btime.

"The tourist caught it and put it on his shoulder. He then drove away in his vehicle, presumably with the dolphin."

People commenting on Chinese social media have been criticising the man's actions.

"I don't even know what punishment is in order for someone who did something like this," said one Weibo user.

"If you're so capable, go steal a shark from the sea and lets see what happens. Leave the dolphins alone," another user added.