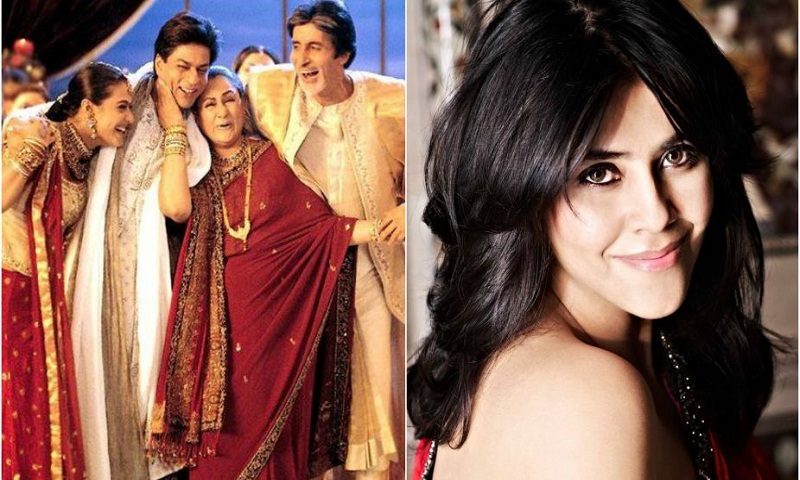 Ekta Kapoor is all set to bring another family soap opera, which is said to be the official remake of Karan Johar’s 2001 family drama Kabhi Khushi Kabhie Gham.

The telly mogul will be recreating the successful film on the small screen under home banner Balaji Telefilms.

The show is tentatively titled as Dil Hi Toh Hai, and is expected to go on air in the month of July.

Interestingly, Ekta has already finalised two of the leading six actors for her upcoming show. The characters of Kareena Kapoor and Amitabh Bachchan have been finalised so far while actors who will play the other characters are yet to be confirmed.

According to a report in Mumbai Mirror, a source close to the show revealed that Bijoy Anand ( Pyaar Toh Hona Hi Tha fame) and Kuch Rang Pyar Ke Aise Bhi actor Erica Fernandes have been roped in to play the character of Big B and Kareena, respectively.

“Bijoy Anand, who played Kajol’s wayward fiancé in the 1998 romcom ‘Pyaar Toh Hona Hi Tha’, has been cast to play Amitabh Bachchan’s patriarch, Yashvardhan Raichand, while ‘Kuch Rang Pyar Ke Aise Bhi’ actress Erica Fernandes is in talks to play either Kajol’s talkative Anjali or her younger sister, Pooja (popularised by Kareena as ‘Poo’). The part will be finalised after a look test,” the source told Mumbai Mirror.