Sanjay Dutt biopic: Who is playing whom? Check out complete list of actors 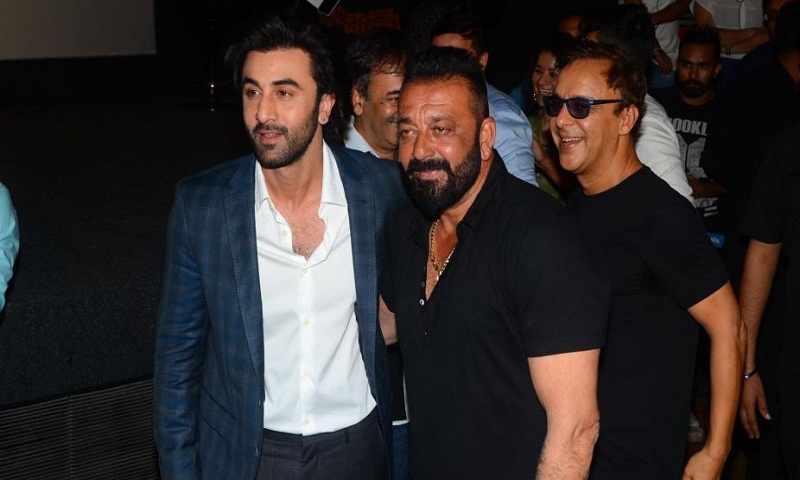 Rajkumar Hirani’s upcoming biopic based on the life of actor Sanjay Dutt, which will have Ranbir Kapoor essaying the lead role in the film, is all set to be released on June 29 and the first teaser will be released on Tuesday during the IPL match between Mumbai Indians and Sunrisers Hyderabad.

But before we actually watch the teaser, let’s know which actor is playing what role in the biopic.

Ranbir will be seen essaying the role of Sanjay Dutt on the big screen. The actor has been gearing up for the role by aggressive workouts and workshops with Sanjay Dutt himself to justify to the actor’s legacy. Ranbir will showcase the journey of Dutt through a time span of 30 years.

The versatile actor will be seen essaying the role of late actor and father of Sanjay, Sunil Dutt. Rawal will be seen in a pivotal role as Sanjay has often described as how his father was the pillar of support in his life and every time he needed a reality check he would go to his father. It would be interesting to see how Rawal justifies to the legacy of the late actor.

Manisha Koirala will essay the role of Sanjay’s mother and late actor, Nargis Dutt. Although the role will be more of a special appearance as Sanjay’s journey in the industry began days after the demise of his mother. Interestingly, Manisha has done a number of films with Sanjay back in the 90s ranging from rom-com to action thriller.

The semi-retired actor will be seen essaying the role of Dutt’s current wife Manayata Dutt, with whom he has two children. Dia will be making her comeback to the big screen after quite some time in the upcoming biopic. The length of Mirza’s character in the film is yet to know as in real life Manayata and Dutt tied the knot in 2008.

The long-legged beauty will be seen as Madhuri Dixit in the upcoming film. Madhuri and Dutt were allegedly dating in the 90s and rumours were that they will also get hitched very soon. But that didn’t happen. Nonetheless, Madhuri continued to be an integral part of Dutt’s personal and professional life as the two shared the screen in numerous films like Saajan, Khalnayak and Thanedar.

The Padmaavat actor will essay the role of ‘Dabangg’ of Bollywood Salman Khan, who is one close to Dutt. After the mammoth success of Padmaavat, fans are curious for Sarbh’s performance in the biopic.

Anushka Sharma will be seen as a lawyer in the film. No official confirmation has been made other than this as to will she essaying the prosecution lawyer or defence lawyer.

The Raazi actor will be seen portraying the role of Kumar Gaurav, who is Dutt’s real life brother-in-law and a close friend. Gaurav and Dutt have appeared in numerous projects dating from Naam to Kaante. Gaurav is also considered as one of the most important people in Dutt’s life, who helped him through his toughest days.

Sonam will be essaying the role of Anil Ambani’s wife Tina Munim, who is a former actor and has starred opposite Dutt in his debut film Rocky. Rumours of the actors’ relationship were also doing the rounds at the time of Dutt’s debut in Bollywood.

The versatile actor will be playing herself on the big screen.

Boman will be playing the role of director Sanjay Gupta, with whom Dutt has worked on numerous films and is also considered as a close friend of the actor. Gupta and Dutt have often referred each other as brothers and have worked together in films like Aatish, Kaante, Musafir, Plan, Zinda and Shootout At Lokhandwala.

The film is tentatively titled as Sanju and will be presented by hit team of 3 Idiots, Munna Bhai and PK — Rajkumar Hirani and Vidhu Vinod Chopra — and is all set for worldwide release  on June 29.