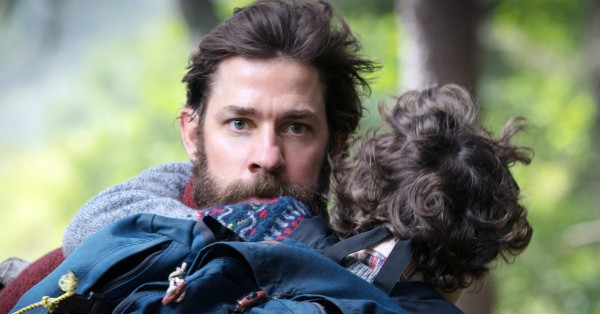 Sci-fi horror film ‘A Quiet Place’ snuck its way back to the top of the North American box offices over the weekend, beating out noisier action flick ‘Rampage,’ industry  estimates showed Sunday.

‘A Quiet Place,’ an almost wordless Paramount production, stars actor/director John Krasinski and real-life wife Emily Blunt as a couple silently struggling to protect their family from invading aliens that are blind but can track their prey by sound.

The film took in a $22 million for a total of $132.4 million since opening atop the box office early this month.

Fallen from the top spot to number two was ‘Rampage,’ starring hard-working Dwayne (The Rock) Johnson as a primatologist who befriends an albino gorilla-which grows to enormous size after a rogue experiment and then teams with Johnson to stop invading monsters. Naomie Harris co-stars.

The video-game inspired ‘Rampage’ took in $21 million for the weekend for a total of $66.6 million in two weeks, against a budget of $120 million.

In third place was ‘I Feel Pretty,’ an Amy Schumer film about a self-conscious woman who suffers a head injury and subsequently sees herself as beautiful, which made $16.2 million on its debut weekend.

In fourth was ‘Super Troopers 2’-the long-awaited sequel to the 2001 film about a ne’er-do-well group of cops-in which the protagonists are tasked with replacing a Mountie unit in a Canadian town that is found to be part of the US.

The partially crowd-funded film made $14.7 million on its first weekend.

In fifth was ‘Truth or Dare,’ a supernatural thriller starring Lucy Hale and Tyler Posey as spring breakers caught up in an innocent game that turns deadly. The film made $7.9 million on its second weekend.