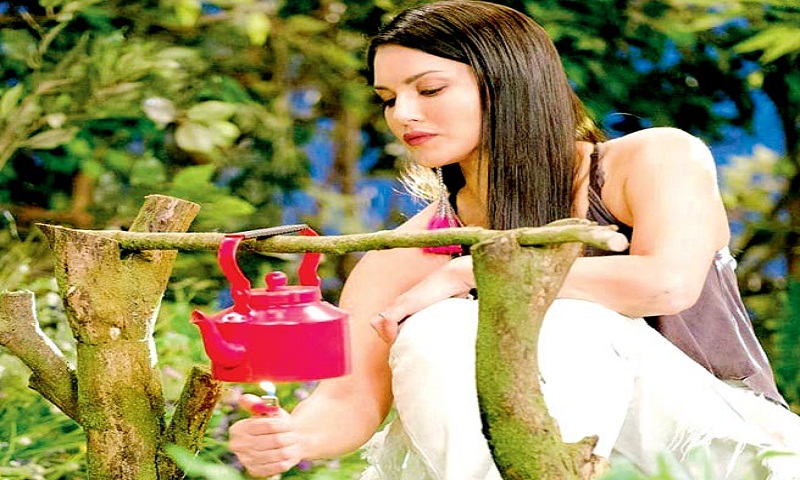 Sunny Leone shared a picture on Instagram recently where she can be seen sitting in a garden and trying to make tea. The actor wrote, "Please don't try making tea with only a lighter. It doesn't work. Tried it. Done it. Failed (sic)." Trolls had a field day yesterday. One asked if she wanted to have tea after a month, while another suggested to try agarbattis as well, still others termed her a beauty without brains.

A fortnight ago, the actress took social media by surprise with the birth announcement of her twin boys Asher Singh Weber and Noah Singh Weber, through surrogacy. And before the fans could get over it, she announced her biopic Karenjit. Sunny Leone's biopic Karenjit will soon be streaming on ZEE5.

Karenjit will take the viewers through Sunny Leone's journey from childhood to her entry in the adult film industry and her eventual Bollywood debut. While the viewers are waiting to catch the first glimpse, this biopic looks to be a promising one.