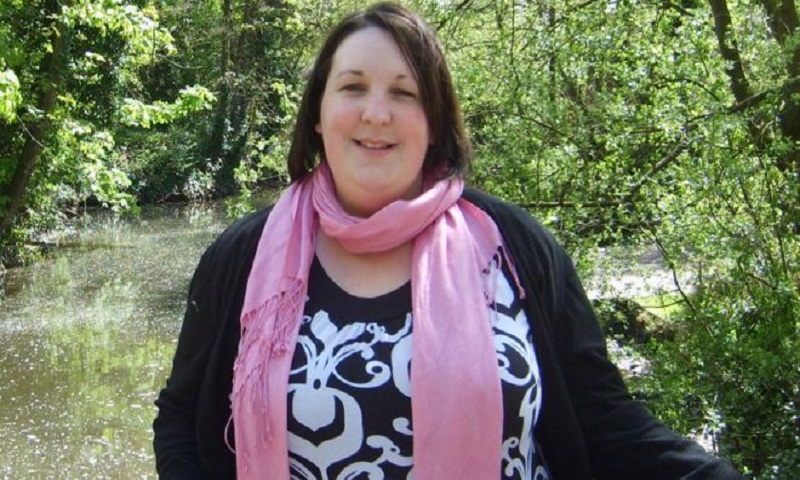 A woman who was inspired to lose weight after getting stuck in a seat on a rollercoaster has won a slimmer of the year award.

The mother of two, from Leicester, admitted to being "mortified" when it took three men to free her.

Now weighing under 10st (63kgs) and having gone from size 24 to size 10, she has taken the Slimming World title.

Mrs Cosbie said it was shortly before her "already pivotal" 30th birthday when she went on the theme park's Air ride, which has downward facing seats and large restraints.

She said: "After a bit of a struggle I managed to get the harness to fit, but as the ride started I began to panic that it wouldn't be able to hold my weight and cried the whole way round.

"When we finally came to a stop I desperately tried to unclip my harness and get out, but it wouldn't budge.

"Eventually it took three men to get me out and I was so mortified - especially as everyone in the queue looked on - that we just went straight home afterwards."

The Air ride pins riders in seats with a substantial harness

Confessing she had "never even heard of Chinese five spice before", she overhauled her diet using home cooking and healthy ingredients.

"It blew me away I could eat good things and still lose weight.

"My ambition was to get to 15st (95kg) and when I saw that on the scales I knew I could do more, and that self-confidence was incredible."

The former retail worker has been awarded Slimming World's consultant slimmer of the year 2018 and now runs Slimming World groups in Leicester.

She has also been back to Alton Towers and "even went on the children's rides".