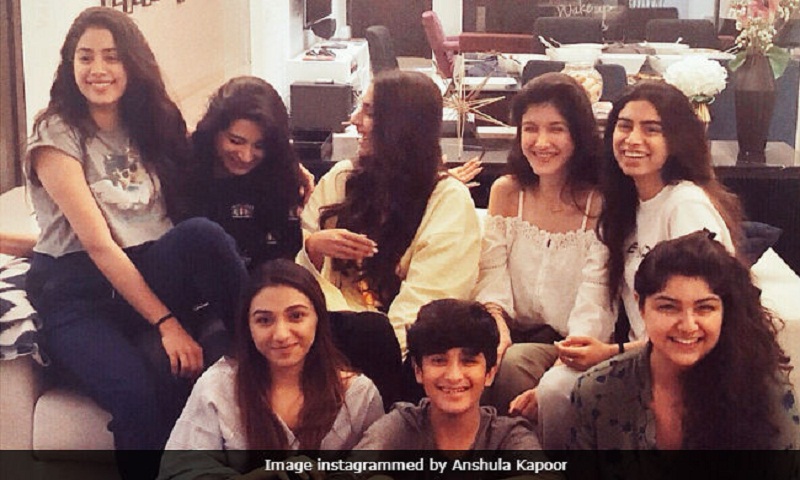 Sridevi's daughter Janhvi Kapoor's 21st birthday was like a small reunion as her father Boney Kapoor had planned to celebrate with the entire family being by her side. Cousin Sonam Kapoor, stepsister Anshula Kapoor, Sanjay Kapoor's daughter Shanaya Kapoor and others were seen cheering up the birthday girl since it was her first birthday after her mother's death.

Sonam Kapoor shared a couple of pictures on her Instagram account giving everyone a glimpse into their celebration.

But their celebration irked a lot of Instagram users who slammed the Kapoor family for hosting a party just 10 days after Sridevi's sad demise.

Another user expressed his shock and commented, "I am also shocked yaa..we can't understand these ppl feelings.(sic)"

"Hard to smile in such situation when u lost the one u love the most which is ofcors a mother!(sic)" another user wondered.

However, there were many users who were happy to see the Kapoor family coming together and finding ways to cope up with the loss of their loved one.

"It's nice of Sonal to share these pictures. No harm. It's extremely nice to see the family come together to support Jhanvi on her birthday. Just because she has lost her mother does not mean she has to sulk all day. They're all sad about the loss but are handling it in a very matured way. I am constantly writing comments on such posts on her birthday because it's very sad to see public complain and judge the family without knowing what they're actually going through (sic)," a user commented while expressing his feelings.

While another user wrote, "No amount of birthday cakes can fill the void that is missing. running away from sadness doesn't let u recover. Time heals everything. I just cant blv the strength of the daughters. They are incredible(sic)."