Plans to travel always make one high and if the place you are going to travel to is one you have always dreamt of, the excitement level goes through the roof.

Sindhuli, a place of historical importance, a place rich with diversities in terms of culture and agriculture, has the ability to enrapture travellers. Looking at the green trees on the hills, the rolling terrace farming, serpentine road and a warm weather — all make the journey a memorable one. The hospitality of the people there made the journey even more meaningful.

To promote the art and culture, tourism and agriculture, the Sindhuli Chamber of Commerce and Industries in association with the District Development Committee and Kamalamai Municipality organised the fourth edition of Sindhuli Mahotsav 2073 in Sindhuli from December 22, 2016 to January 2. The festival had 270 stalls — 25 stalls of locally produced goods. Items such as organic coffee, handicraft made from bamboo, black beans among other varieties of food items were found in the stalls. Varieties of items ranging from agricultural tools, seeds, clothing, and home appliances among others were some of the other attractions, while cultural events too were the other highlights of the festival.

For those who love citrus fruits, this is the time to visit Sindhuli: trees laden with oranges seem to bow down to welcome you. The fruit trees pull you so that one is seen posing against branches filled with fruits in a matter of seconds.

The bountiful trees are not only eye pleasing but the cultivation of oranges has been the bread and butter for the people living in this area. However, one needs to walk carefully on the roads leading to the areas where the fruit is cultivated as the construction of the roads leading to the cultivated land has just begun. Bhoj Raj Sharma, 77, has a garden of citrus fruits expanded in his more than eight ropanis of land. A resident of Ratanchura-5, Sharma has been selling the fruits and plants for long. “I usually sell the plants of up to Rs 2 lakhs in a season,” Sharma revealed.

However, a recently emerged problem has been a growing concern for people of the area. The fruit seems to be fresh and good, but inside one can see small flies. “The fruits are infected with fruit fly. Last year it was seen in 10 per cent of the fruits, while 25 per cent of the fruits are affected this year. This is why farmers sold the fruits even before they ripened. Or else December-January is the time to harvest the fruits. If the situation is not controlled on time, then there are chances of extinction of the trees from the area,” informed Arjun Shrestha, General Secretary of Sindhuli Chamber of Commerce and Industries.

The district is also rich in pineapples. All 53 VDCs of Sindhuli district grow pineapples, as per Binesh Kumar Shrestha, President of Sindhuli Chamber of Commerce and Industries, which they are promoting.

Arts in the roots

Not only citrus fruits but people in the area are making their living by making handicraft items like sitting materials, tea tables. Lok Bahadur Baniya, a resident of Ratanchura-9, is one such dedicated man who was found weavinga mudha (sitting stool) in his stall in the festival. A man of 63, he has been making his living weaving tea tables, dhaki (basket) and mudhas. The items necessary to make a mudha are cycle tyres, bamboo and plastic. As colourful plastic is not found in the country, he usually visits Nagaland, India each year. He has been in the profession for the last 25 years and he feels happy about his skill that helps him earn up to Rs 12,000 a month.

Like Baniya, there are some others involved in the handicraft business. Purushottam Bhujel, a resident of Ranichuri-6, Chanaute has started making different household items from bamboo. “I undertook training on making bangle stands, pen stands, mobile stands last year. It doesn’t need much money too. I am making an income up to Rs 10,000 from the sales. There are chances for increment if tourists visit this area,” Bhujel added.

If you get the time to hang around Sindhuli area, then do not forget to visit Jarbutta Art Museum of artist Biswambhar Lamichhane situated in Aasumatitar. His art is special — his pieces are created with the roots of trees. Dead, unused roots of trees are collected to engrave art in it. There are more than 200 of his creations on his personal museum. His pieces include the love of women, loneliness of elderly people, how a stick has been a last support for them, among others. His art also features the reflection of the People’s war. If you are lucky you will be able to meet him in the museum; if not, then his wife Prasiddha Sharma will explain his art to you.

Sindhuli Gadhi Ghumera Herda — a popular song that incorporates the beauty of Sindhuli — increases the excitement as one reaches Sindhuli. It is a place of historical importance where the Nepali troops won a battle with the English force on Aswin 15, 1834. There is an ancient well in the area, which is dry at the time being. The Gadhi is surrounded with stone walls. Though the place is historically important, one can see it being changed into a picnic spot. People playing cards, drinking alcohol and dancing to loud music is a scene which visitors do not expect to see there.

Other tourist destinations in the area are Fikkal Danda and Panchakanya Pokhari. One can visit Sindhuli even within a short span of time as it is only at a six hours’ drive from the Capital.

And for the selfie addicts, there is Selfie Danda waiting for you! 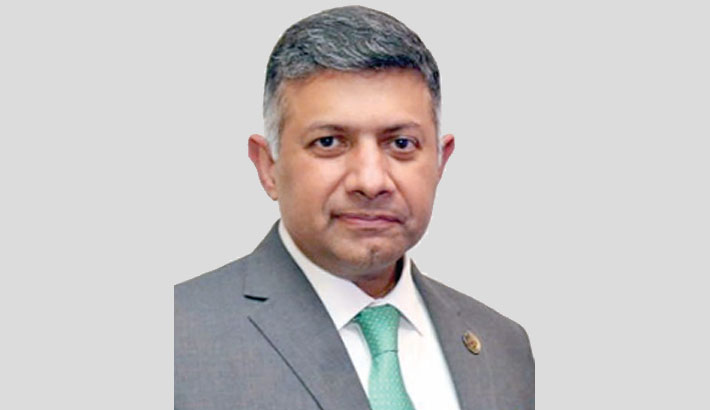 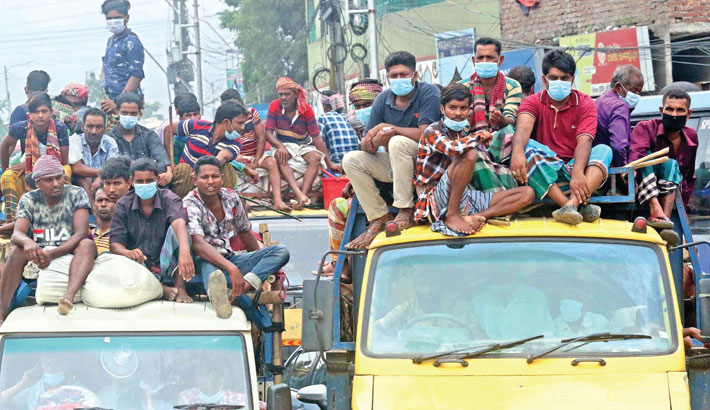 Many homebound people are travelling by truck ahead of Eid-ul-Azha without maintaining health guidelines amid the risk of coronavirus infection. The photo was taken from the capital’s Gabtoli area on Monday. —MD NASIR UDDIN

Expat workers travelling to KSA to get subsidy 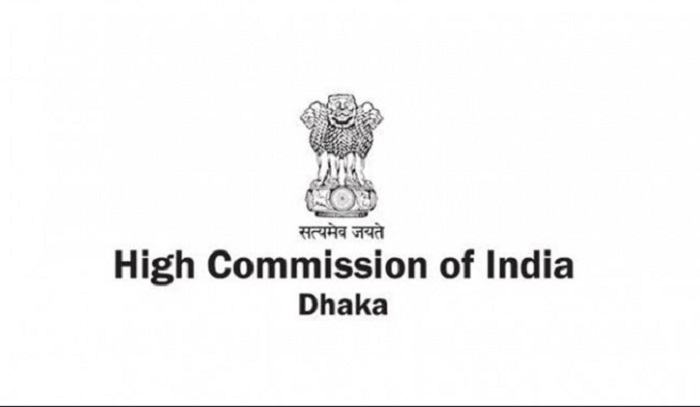 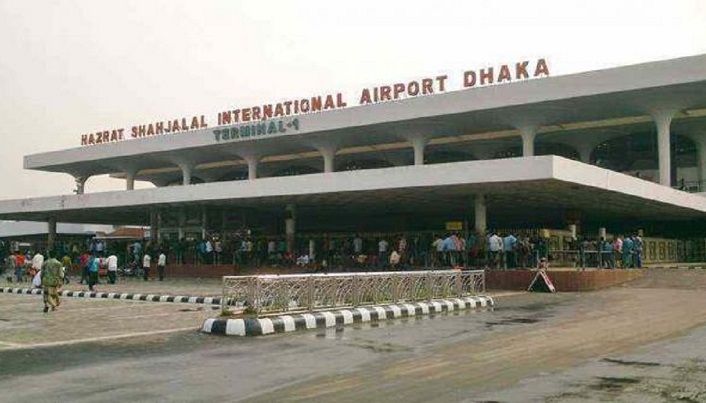 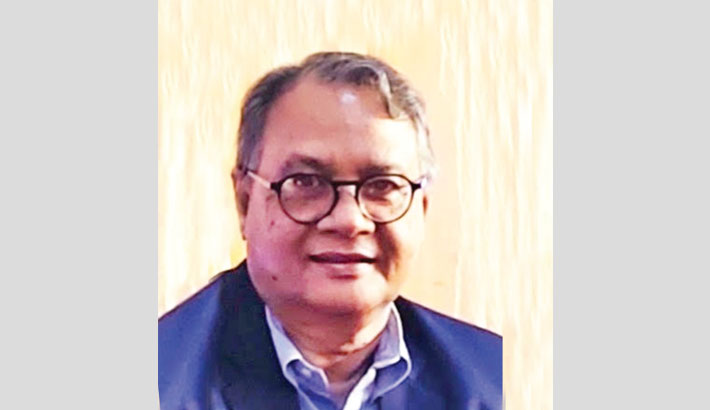 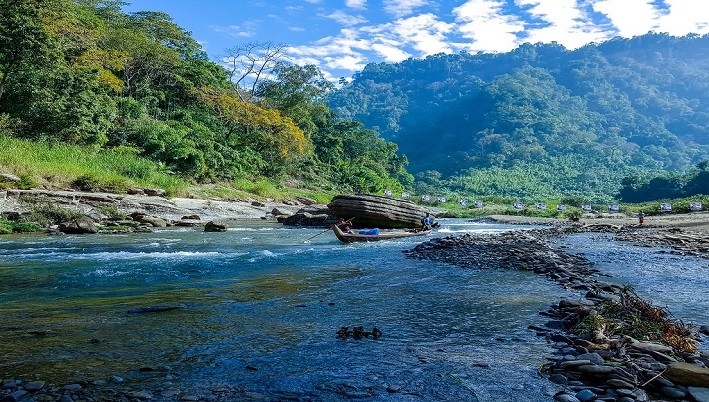 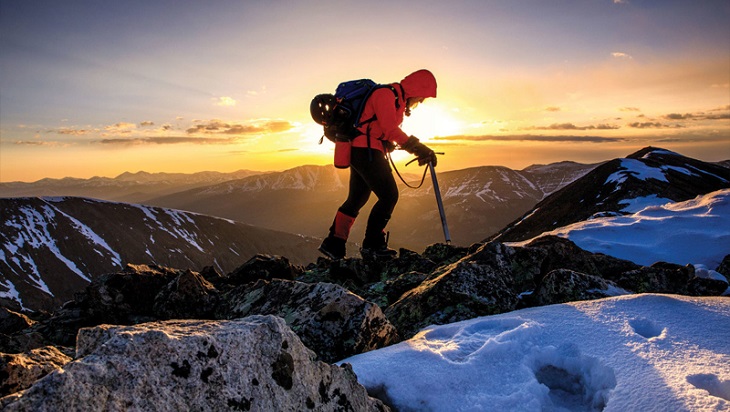