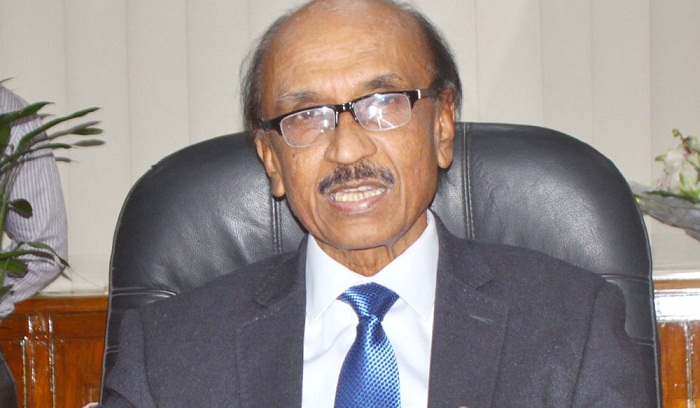 Bangladesh Bank Governor Fazle Kabir on Saturday said there is no liquidity crisis in the country’s banking sector.

The assurance came after the bankers have expressed concern over the cut in Advance to Deposit Ratio (ADR) by the central bank.

“There was a panic after the cut in ADR ratio. But I see nothing to be worried about. That is a wrong speculation,” Fazle Kabir said while addressing the Annual General Meeting of state-run Agrani Bank at a city hotel.

The central bank cut the ADR ratio to 83.5 percent, which can be extended up to 85 percent as per the bank’s performance.

Some 48 out of 57 commercial banks have been maintaining ADR ratio below the standard 83.5 percent. The BB governor also informed that the real interest rate in now positive as it’s higher than the inflation rate.

“It’s good news for depositors though it’s not so good for trade and commerce,” the BB governor said.

Kabir said that some private banks have been hiding loan information.

Among the state-run banks, Agrani Bank has been the best performer, posting an operating profit of Tk 950 crore in 2017. The figure is 71 percent higher than that of the previous year.  Despite this, some 43 branches of the bank are still counting losses.

The bank reportedly made profits by lending Tk 31,912 crore in 2017 while the amount was Tk 555 crore in the previous calendar year.

Finance Minister Abul Maal Abdul Muhith attended the AGM as the chief guest while State Minister for Finance MA Mannan and Bangladesh Bank Governor Fazle Kabir were the guests of honour at the function.

Muhith said the health of country’s economy is not well. To overcome the problem in the country’s banking sector, he urged the bankers to focus more on raising capital.

The minister also stressed the need for increasing the number of branches in rural areas.

Muhith appreciated the banks saying, “Agrani is the best among the four state-owned banks. The bank has a good governing body so the management is running smoothly.”

State Minister MA Mannan expressed his dissatisfaction over the service of public banks, urging the state-run banks to offer competitive services in rural areas as the private banks are also expanding their services to rural areas.

Agrani Bank has been facing classified loans of about Tk 5,115 crore, of which Tk 1,288 crore were provisioned in 2017, according to the bank officials.