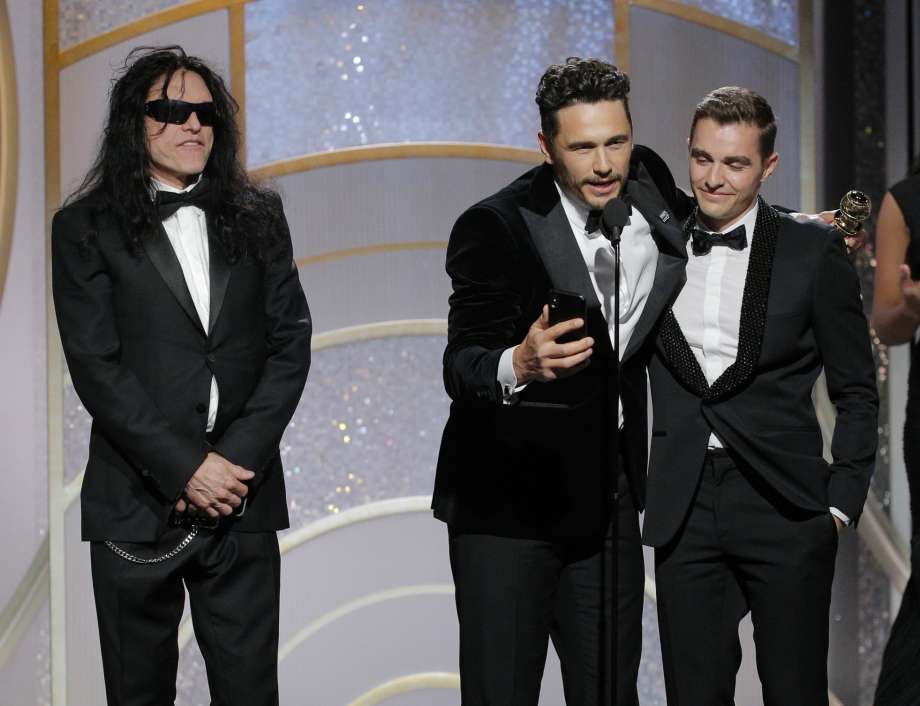 James Franco on Sunday won the Golden Globe for best actor in a musical or comedy film for "The Disaster Artist," his portrayal of the director of one of the most panned movies in history.

Franco triumphed in a field that included Daniel Kaluuya, the star of the racial thriller "Get Out," and Steve Carell for his portrayal of chauvinistic tennis champion Bobby Riggs in "Battle of the Sexes."

Winning his second Golden Globe, Franco brought to the stage the man he portrayed, Tommy Wiseau, maker of the disparaged 2003 film "The Room."

"This was billed as a movie about making the best worst movie ever made but, in fact, it's a story of friendship," Franco said, with Wiseau at his side.