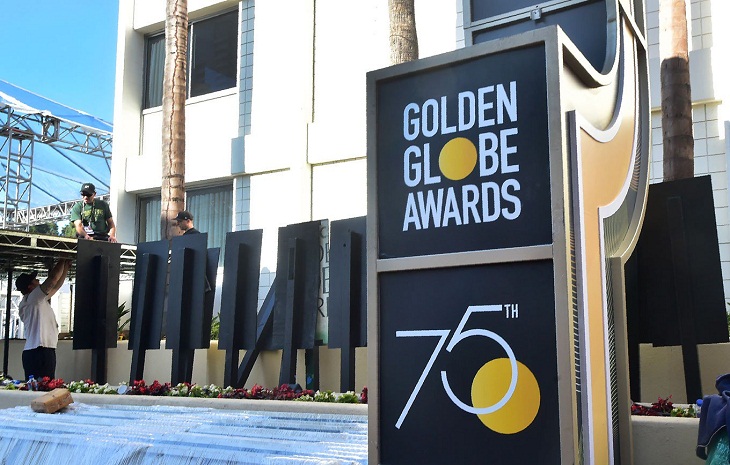 In a year of devastating hurricanes, ubiquitous sex assault scandals and a strikingly candid presidential Twitter account, it is little wonder that cinemagoers are turning to escapist fantasy.

With fairy tale romance "The Shape of Water" leading the nominations for the Golden Globes, dark farce "Get Out" topping critics' lists and horror movies making $1 billion at the box office, 2017 may come to be seen as the year of the genre movie.

Jordan Peele's "Get Out," which satirizes suburban white guilt over racial inequality in the United States, is emblematic of the rise of genre films in this year's awards season.

It has been almost a year since its release, and most movies brought out that far ahead of Hollywood's various prize-giving ceremonies are long forgotten by the time the trophies are being polished.

Yet "Get Out" is up for two Globes on Sunday and entertainment website Eonline.com has been extolling its virtues as a genuine contender.

Guillermo del Toro's "The Shape of Water," a hot favourite among the movies vying for the best dramatic film Globe, has seven nominations in total.

The Cold War-era piece tells the story of a young, mute woman (Sally Hawkins) who works at night in a government laboratory and falls in love with a captive merman-like amphibian creature.

Alexander Payne's sci-fi satire "Downsizing" and Edgar Wright's heist thriller "Baby Driver" are also seen as genre movies that would not normally get a second glance on awards nights, yet both are vying for Globes on Sunday.

Historical or journalistic stories like "The King's Speech" and "Spotlight" are also firm favourites -- usually at the expense of more fantastical, escapist movies.

At the genre end of the market, only westerns like "The Revenant" and "Hell or High Water" have been pulling their weight.

Sasha Stone, of the Awards Daily website, says the arrival of Donald Trump at the White House can largely explain why fantasy and horror have received more attention than usual from audiences and prize juries.

"In a different kind of year, probably 'Get Out' wouldn't be such a strong contender," she told AFP.

"But with the combination of the nightmare that is our president and the lack of any other major movies to come along to overshadow it, 'Get Out' stands a really good chance at being the favourite this year."

While Peele's film can be enjoyed as straightforward horror, Stone argues that it steps outside the limits of genre because it works equally well as a "metaphor for the horrors in our culture."

"The Shape of Water," meanwhile, has been welcomed more generously than many fantasy movies because it comes from the mind of a master, a director who has proved his skill at genre with the triple Oscar-winning "Pan's Labyrinth."

The genre movie hasn't always been an endangered species.

In the 1990s and early 2000s, Jonathan Demme's cult thriller "The Silence of the Lambs," Peter Jackson's "The Lord of the Rings: The Return of the King" and musical gangster comedy "Chicago" all won the best film Oscar.

In the 1970s, chillers like "Jaws" and "Rosemary's Baby" would be a fixture on the awards circuit.

Go back further still, and it becomes apparent that the first Oscar winners of the 1920s and 1930s were high-end genre films, according to Jonathan Kuntz, a professor of film at the University of California, Los Angeles.

The last decade or so have been unkind to genre movies but they are on their way back, with frightening films in particular regaining their mojo.

The New York Times magazine recently ran a cover story describing 2017 as "The Year of Horror," dedicating several of its inside pages to the best actors in recent examples of the genre.

The cover featured Australian Oscar winner Nicole Kidman, one of the most popular actresses of her generation, who diversified this year with a starring part in the gory creep-fest "The Killing of a Sacred Deer."

Noting that horror films have made more than $1 billion in ticket sales over 12 months, the magazine attributed the moviegoing public's new bloodlust to the torment of the daily news cycle.

"Horror movies probably don't need the world to be horrifying to be good," it speculated.

"But when things are bad, the genre has a way of telling you they could be worse."