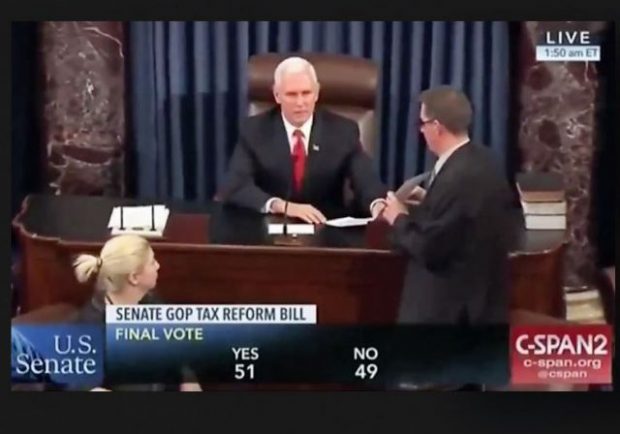 The US Senate has approved the most sweeping overhaul of the US tax system in more than three decades.

Democrats, who all voted against it, say it is designed to benefit the ultra-rich at the expense of the national deficit.

For final approval, the legislation must go back to the House on Wednesday for a procedural issue.

If it passes, as expected, it will be President Donald Trump's first major legislative triumph.

Shortly before the final tally was announced, protesters in the Senate's public gallery shouted "kill the bill". They were escorted out.