I did it for the Islamic State, Akayed claims

'Trump you failed to protect your nation', NYC bombing suspect wrote on Facebook 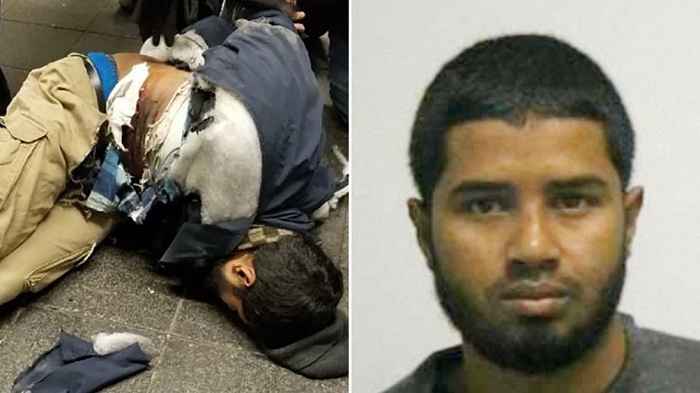 Akayed Ullah, the man accused of detonating an explosive in the New York City subway system wrote on Facebook the morning of his alleged attack, “Trump you failed to protect your nation," according to the federal complaint against him.

27-year old suspect, an immigrant from Bangladesh, is accused of setting off the homemade bomb in an underground passageway near the Port Authority Bus Terminal Monday morning, sending commuters scrambling to evacuate the major transit hub just blocks from Times Square.

“He intended to set it off in that corridor,” New York Police Department counterterrorism chief James Waters told ABC News. “We know that terrorist organisations are somewhat fascinated by the subway system.”

Ullah, who was badly injured from the explosion, allegedly told investigators he consumed Islamic State and al Qaeda propaganda, a law enforcement official told ABC News. There is no evidence he received funding or specific direction from any overseas group, according to police sources.

Ullah is charged with five federal counts, including use of a weapon of mass destruction and bombing a place of public use.

Ullah made statements indicating he “was inspired by ISIS to carry out” the attack and said, “I did it for the Islamic State,” according to the charging document.

Ullah's radicalisation began in at least 2014 when he began viewing pro-ISIS material online, the document stated.

Some of the material he viewed included instructions to attack in homelands if unable to travel overseas to join ISIS on the battlefield, the document alleged.

Inside Ullah's passport was a handwritten notation: "O America die in your rage," the document said.

Ullah "was not on the FBI’s radar nor was he on the NYPD’s radar," Waters said.

He began researching how to build improvised explosive devices a year ago, the charging document said.

Ullah built the bomb in his Brooklyn home a week before his alleged attack and began compiling materials two to three weeks earlier, according to the complaint.

A law enforcement source said the homemade bomb was built from a 12-inch-long pipe, black powder and rigged with a 9-volt battery and a wire that came from a Christmas light. The pipe had nails stuffed into it, the source said, and it had the ability to impose more injuries than it did.

“He did follow some of the instructions that you can find readily online, unfortunately, to create such a device,” Waters said. “A Christmas light bulb is one of those components.”

The charging document said law enforcement personnel found a 9-volt battery inside Ullah’s pants pocket, wires connected to the battery running under his jacket and fragments of metal pipe. There was also a remnant of what appeared to be a Christmas tree light bulb attached to the wires.

The FBI lab in Quantico, Virginia, and the NYPD bomb squad are analyzing components of the explosive.

Because the device was strapped to the suspect, the assumption is he had been prepared to die as a suicide bomber, a source said.

Ullah last visited Bangladesh in September to see his wife and newborn son, relatives and police told The Associated Press. He left them both behind when he returned to the United States, the AP reported.

Ullah’s family members in Bangladesh, including his wife and her parents, were taken in for questioning by counterterrorism police in Dhaka, the capital, according to Bangladeshi government officials.

The Embassy of Bangladesh in Washington said in a statement Monday, "Government of Bangladesh is committed to its declared policy of 'Zero Tolerance' against terrorism, and condemns terrorism and violent extremism in all forms or manifestations anywhere in the world, including Monday morning's incident in New York City."