Could North Korea ever give up the bomb?

To state the obvious: North Korea is not Iran. 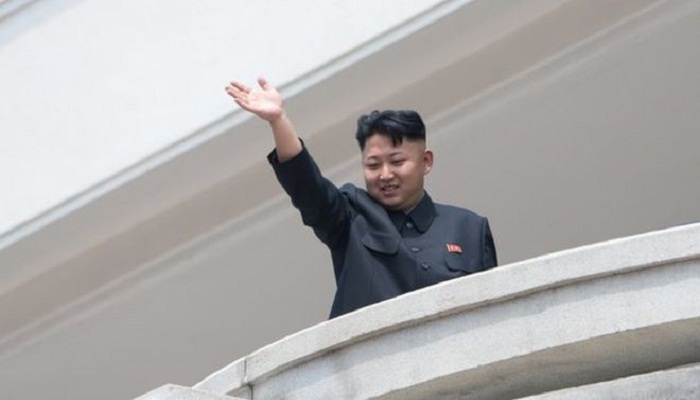 There are crucial differences which make defusing Kim Jong-un's nuclear ambitions much harder than removing those of the Iranian leadership.
Firstly, North Korea already has the bomb - and dismantling a machine which exists is a lot harder than preventing its creation in the first place.
The genie is out of the bottle.
North Korea has already conducted three tests of devices (detected by seismologists). It boasts of its "nuclear deterrent" in state-run media.
Accordingly, the important question is not about if but when - in particular, when might it be able to make a bomb small enough to put on top of a missile capable of leaving the earth's atmosphere and re-entering to hit distant targets.
South Korea and Japan already feel the threat acutely because North Korea has demonstrated the use of shorter-ranger missiles, and the US fears that a missile capable of reaching the West Coast isn't far away.

The second crucial difference between the Iranian and North Korean situations is that Iranian voters can remove their leaders from power at the ballot box.
However you view the state of democracy in Iran, there is pressure from below to deliver satisfactory economic conditions.
If the people feel government policy is failing them, they can put pressure on that government to a degree unimaginable in despotic North Korea.
This means that sanctions are much more likely to work against Iran than North Korea where the people have to suck up whatever policy Kim Jong-un dishes out.
It is impossible to know from outside exactly where North Korea stands in its pursuit of nuclear weapons. There may be sabre-rattling.
Some experts believe, for example, that fearsome missiles shown off in parades may be fakes for Western eyes.
Intelligence services and politicians in South Korea and the US may have an interest in talking up the threat.
Sympathisers with North Korea may want to talk it down.
Relentless expansion
So what's our best knowledge?
Here's how Siegfried Hecker of Stanford University, one of the world's acknowledged authorities, put it: "North Korea's nuclear weapons programme has been relentlessly expanding for a decade, and poses a real and deadly threat to the rest of Northeast Asia".
Prof Hecker, a former director of the Los Alamos National Laboratory in the United States, visited North Korean nuclear plants before outsiders were completely barred.
The rogue card in all this is how much Kim Jong-un needs the outside world
He wrote recently in the Bulletin of the Atomic Scientists: "During my first visit to North Korea in January 2004, North Korean officials were eager to show my Stanford University colleagues and me the plutonium bomb fuel they produced following a diplomatic breakdown with the George W Bush administration.
"Four years ago, during my seventh visit to the country and two years into the Obama administration, they surprised us with a tour through an ultra-modern centrifuge facility, demonstrating that they were capable of producing highly enriched uranium, the alternate route to the bomb".