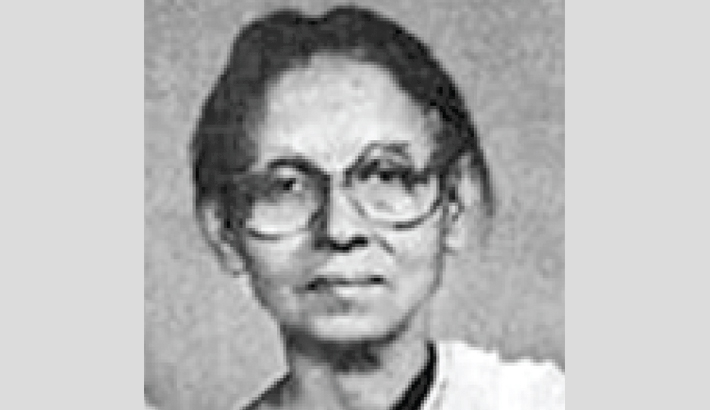 “Leaders are more powerful role models when they learn than when they teach.” – Comrade Ila Mitra

Women have played important roles in community since the beginning of time. The innate tendency that women have for nurturing and taking care of their own render them loyal citizens of their various communities. As a result, women readily contribute towards the development of their communities, and in some instances are willing to go the extra mile in order to sustain the societies they belong to. Women leaders in Bangladesh have gone to great lengths to defend the rights of their people and to facilitate development.

From all indications, women form a dominant part of the global society yet their involvement in societal and global affairs is quite limited as compared to the participation of their male counterparts. In order for a more progressive development of the world, it is necessary that more women are educated and supported in their career pursuits and particularly in leadership situations. Comrade Ila Mitra was one of such great leaders of her time which was quite unimaginable then. She was born in Kolkata on October 18, 1925 and studied in Kolkata University. She was a well-known athlete, basket-ball player thus selected as a representative of India in Olympic in 1940. She participated in political activities as a member of all India communist party in her student life. After her marriage, she came to Bangladesh to live with her husband who was a son of the Zemindar family and district president of Peasant Association in Maldha district of British Bangla. The place she was living was a rural area.

So, she opened a girl’s school with the help of her husband and friends and voluntarily taught the women to remove illiteracy as a movement of “Education for all”. Soon she started to make awareness about political and human rights among men and specially women in the village. In that village one of the ethnic groups in Bangladesh called “Santal” was the majority of the local people to whom Ila became “Rani mata,” their queen mother.

During 1946 to 1950 in the “Santal Revolution” and “Nachol Uprising” Ila played the main role to organise all the local people. This movement is known as Tebagha movement which was to distribute two-third share of the cultivated crop among the peasant class and rest would be for the land owners. She also assisted in many other political and social organisations but she is mostly known for this particular movement. During a clash between local people and police, Ila was arrested and inhumanly tortured. When her condition got extremely serious the government sent her to Kolkata in 1954. However, she did not stop her activities; she again joined politics. For four times she was elected for provincial assembly in India which prove her dedication to her work. Though she did not come to Bangladesh not to be arrested, throughout her political life, she was arrested for several times. Bangladesh will never forget her contribution in 1971 during its liberation war when she collected supports for Bangladesh from the public of India. She was awarded not only for sports, political activities but also for literature. We wonder in the situation of her time and where did she find the strength to threaten the social norm and stereotype. Even now women are neglected and do not have much independence when the prime minister is a woman. In contrast, at her time she organised women self-defence association when rules were far more restricted. What was her motto for life? Ila changed peasant people’s life whereas, our women are struggling with their own life. She is an inspiration for all to raise our voices against discrimination.

She was an important communist leader who organised resistance movement against British rule in India at the grassroots level. Ila Mitra began her political activities when she was a student at Bethun College in Kolkata. She passed IA in 1942 and BA (Honours) in 1944 from the same college and much later, in 1957; she did her MA in Bangla Literature and Culture from Calcutta University as a private student. She was a member of Calcutta Mohila Atmarakkha Samiti (Association for women’s self-defence) and of the All India Communist Party. In 1946, Ila Mitra and other local Communist Party leaders organised a mass movement to resist Hindu-Muslim communal violence. She went to the riot-affected village of Hasnabad in Noakhali when Mahatma Gandhi was in a visit there to put an end to the communal riot.


Ila Mitra was a peasants’ movement organiser of the Indian subcontinent, especially in the-then East Bengal. She was decorated with several awards including ‘TamraPatra’ from the government of India in recognition of her activities as a leader in the struggle against British Rule. It might appear strange to many of us such a political personal was a champion athlete in her school and college days. In the decade of thirties she was a star woman in the world of sports in Bengal. She was junior champion athlete in Bengal Presidency from 1935-1938. She was a good basketball player too. She was selected to represent India in athletics in Olympic Games scheduled to be held in 1940 in Japan, which however could not be held because of World War II.

The popular slogan among the peasants led by Ila Mitra and her other comrades was then: “Whoever possesses plough, land belongs to him.” But the political change because of partition of Bengal in 1947 brought the end of Tebhaga Andolan which was started by Ila Mitra and her comrades. The method, the peasant leaders like her adopted for implementing the doctrine of “Whoever possesses plough, land belongs to him” was a very simple but effective one. After harvesting the corps of particular field the owner of the land was invited to be present on the day in presence of the leaders of the movement, common villagers and the cultivator. In his presence or absence of the land owner total corps of the field was divided in three parts - keeping two-thirds for the cultivator, rest one-third was sent to the owner carried by cow driven cart. The landowners were forced to accept the distribution.

Cross readings of oral narratives of the Tebhaga leader Ila Mitra with a complex history of violent encounters between the former East Pakistani rulers and a tribal population bring to light a unique historical conjuncture that took shape between Santal temporal imperatives and the communist teleology in the 1950s. Her articulations and determined resistance reveal a deep identification with the adivasis that runs deeper than ideological solidarity and has rarely found place in our political cultures. In the contemporary context of political crackdowns on tribal populations, the relation of political parties with the people assumes criticality. Actual political engagement across caste and tribe calls for some understanding of committed and affective processes of negotiating difference, and while there are risks involved, there are also compelling solidarities that are possible.

This legendary peasant leader, a veteran leader of the communist movement in the sub-continent, a dedicated friend to the cause of our war of liberation in 1971 left her last breath on 13th October, 2002 in Kolkata, India. Born in a time, place, or circumstance that called for action, this extraordinarily good or great women heeded the call and answered. She made a positive difference in the world and has gifted us - in words and deeds - by changing the world for better or providing models of courage for us to follow.

I remember with highest regards the valuable words that she pronounced when I was taking lunch with her in one of her admirer’s house in Dhaka long time back, “Leadership is not magnetic personality that can just as well be a glib tongue. It is not making friends and influencing people that are flattery. Leadership is lifting a person’s vision to higher sights, the raising of a person’s performance to a higher standard, the building of a personality beyond its normal limitations.” Ila Mitra was a formidable and widely respected politician during her times. She will be remembered not only as a pioneer in her time, but as a dominant figure in peasant movements in the world history. We should remember her ideals in today’s time with due respect and solemnity. To me, she was a character as was best described by Jim Rohn,  “The challenge of leadership is to be strong, but not rude; be kind, but not weak; be bold, but not bully; be thoughtful, but not lazy; be humble, but not timid; be proud, but not arrogant; have humour, but without folly.”