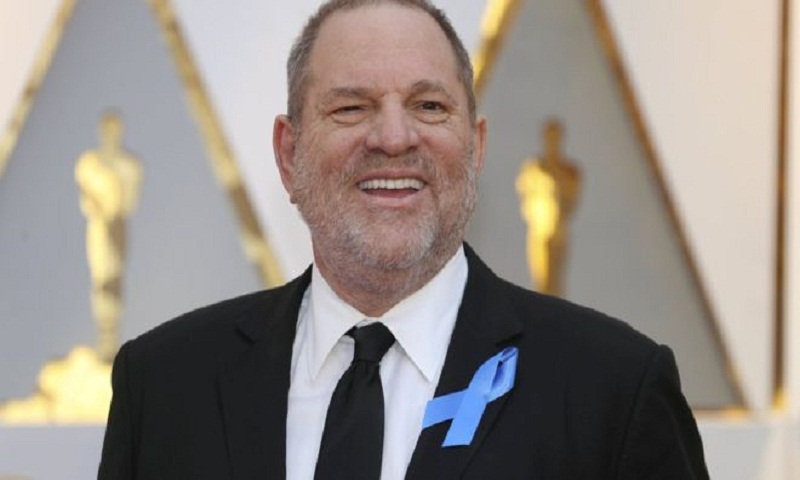 The hosts of the Oscars are to hold emergency talks to consider the future role of film mogul Harvey Weinstein following claims of sexual misconduct.

The Academy of Motion Picture Arts and Sciences said the allegations of sexual assault against Weinstein were "repugnant".

Bafta, the British Academy of Film and Television Arts, has already suspended his membership.

Weinstein strongly denies the allegations against him.

In another development, police in New York told the BBC they were looking to speak to an individual regarding an allegation against Weinstein dating from 2004. The NYPD did not provide further details.

The US academy, which has handed out 81 Oscars to films produced by Weinstein's Miramax studio and the Weinstein Company, said it would meet on Saturday to "discuss the allegations against Weinstein and any actions warranted by the academy".

A string of high-profile actresses, including Gwyneth Paltrow and Angelina Jolie, have come forward to accuse the movie producer of sexual harassment or assault.

British actress and model Cara Delevingne is one of the latest to accuse him of inappropriate behaviour. In a statement, she said he tried to kiss her as she tried to leave a hotel room.

"I felt very powerless and scared," she said.

On Tuesday, Weinstein denied allegations of rape made in The New Yorker magazine. On the same day, his wife Georgina Chapman said she was leaving him.

On Wednesday, US prosecutors defended their decision not to take action against Weinstein after a woman complained about his behaviour in 2015.

The Manhattan district attorney's office said undercover audio of the complainant and Weinstein was "insufficient to prove a crime".

Italian model Ambra Battilana Gutierrez, 22, had gone to police to accuse Weinstein of touching her inappropriately. She then agreed to meet the producer again while wearing a hidden microphone.

The district attorney's office said police arranged the meeting without informing them.

"Prosecutors were not afforded the opportunity before the meeting to counsel investigators on what was necessary to capture in order to prove a misdemeanour sex crime," they said.

They said the "horrifying" audio "was insufficient to prove a crime under New York law" which left prosecutors with "no choice but to conclude the criminal investigation without charges".

In the recording, Weinstein can be heard asking Ms Gutierrez to come into his hotel room. The model asks the producer "why yesterday you touched my breast?" He apologises, saying he "won't do it again".

Weinstein's spokeswoman Sallie Hofmeister said: "Any allegations of non-consensual sex are unequivocally denied by Mr Weinstein. Mr Weinstein has further confirmed that there were never any acts of retaliation against any women for refusing his advances.

"Mr Weinstein obviously can't speak to anonymous allegations, but with respect to any women who have made allegations on the record, Mr Weinstein believes that all of these relationships were consensual.

"Mr Weinstein has begun counselling, has listened to the community and is pursuing a better path."

On Wednesday she declined to comment on reports that Weinstein was intending to travel to Europe to enter a rehabilitation facility.