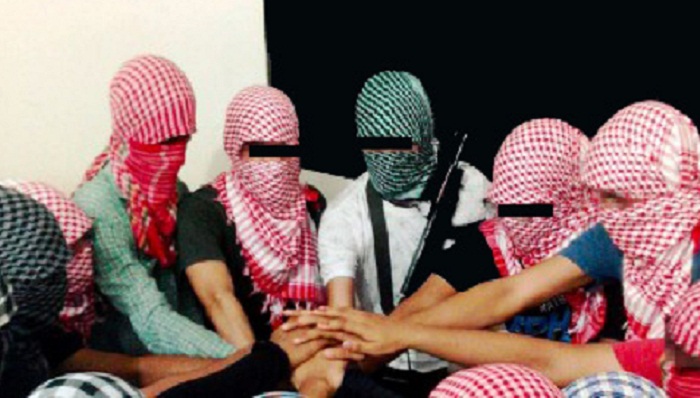 Activists of different militant outfits have reportedly started reorganising themselves secretly after getting release from jail on bail in criminal cases.

Law enforcers do not have any information about hideouts of over 500 bailed-out militants, detective sources said.

“Lawmen are failing to find whereabouts of 523 militants,” a source said, quoting a senior police officer.

The fugitive militants are of JMB, Huji and ABT Islamist groups. They are staying with their families in rented houses in different areas, using fake identities.

“Ansarullah Bangla Team (ABT) is secretly regrouping and inciting people to kill anti-Islamists,” said Additional Commissioner Monirul Islam at a press briefing in the capital.

The conference was held recently following the arrest of ABT member Mawlana Maksudur Rahman alias Abdullah from Jatrabari area.

The militant group aims at killing secular bloggers and writers.

As part of their strategy, militants are renting houses to make dens in the capital and other parts of the country to carry out subversive acts, detective sources said.

Amid a police crackdown, listed militant kingpins and their accomplices have left major cities and are reportedly moving from place to place.

Inspector General of Police AKM Shahidul Hoque recently said that strength of militants has come down because of anti-militancy drives.

Recently, RAB personnel have raided a hideout of JMB militants in Tongi of Gazipur and arrested four JMB activists.