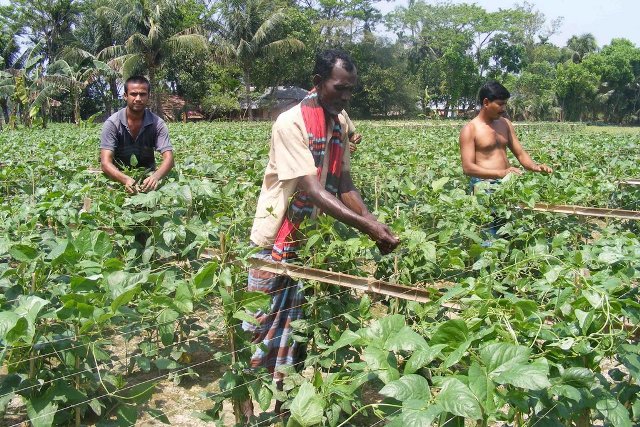 Danida and the government of Bangladesh will train 10,000 additional farmers in Cox’s Bazar to enable them to remedy lost earnings from damaged crops.

The people in the area have been exposed to a range of disastrous events in recent time, reports UNB.

It began with cyclone Mora in March which left houses and crops ruined in many villages. That was followed by flooding due to an unusually rainy monsoon.

On top of that, the pressure on Cox’s Bazar reached its climax recently with the sudden and fast influx of Rohingyas from Myanmar.

Head of Danida in Bangladesh Peter Bøgh Jensen said the host communities in Cox’s Bazar have been struggling and crops were damaged over and over again and the fast influx from Myanmar put increased pressure on the local farmers.

“It is awful what is happening at the border but it is important to remember and support the local communities as well as the refugees.”

The Farmer Field Schools are part of the Denmark-Bangladesh Country Programme which was signed last year, said the Danish Embassy in Dhaka on Wednesday.

Denmark is a longstanding development partner to Bangladesh in the areas of poverty alleviation, human rights and climate change.

The aim is to partner Bangladesh in its journey towards being a middle income country.