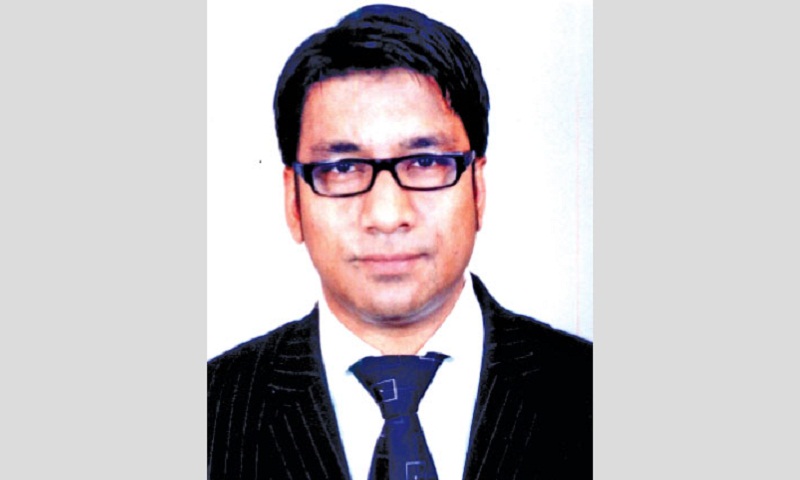 Prologue:  “…Any time you find the government involved in a conspiracy to violate the citizenship or the civil rights of a people, then you are wasting your time going to that government expecting redress. Instead, you have to take that government to the World Court and accuse it of genocide and all of the other crimes that it is guilty of today…” (Malcolm X (1925–1965): an African-American Muslim Minister and Human Rights Activist)

My hairs were raised after reading a report published on 4th September 2017, in the Independent newspaper of UK, confirming that Myanmar’s armed forces are allegedly ‘burning bodies of Rohingya Muslims’ to conceal evidence.

I was shocked to learn that Myanmar’s armed forces were involved directly in the mass killings and gang rapes of ethnic Rohingya minorities. On 20th September 2017, I could not absorb the shock in my heart watching several untold stories of Rohingya Muslims published in several newspapers confirming that more than 160,000 of Myanmar’s 1.1 million ethnic Rohingya minorities have fled to Bangladesh. (The number of Rohingya refugees is much bigger now.) I felt very shocked to learn that almost 400 Rohingya Muslims’ have died in the recent unrest. In several national and international newspapers, more than a dozen Rohingyas from Tula Toli described their untold horror stories, what appeared to be devastating carnage as Myanmar’s armed forces swept through the village from Tula Toli on 30 August and allegedly murdered scores of people. Satellites have recorded images of whole villages burnt to the ground.

Turkey’s President, Recep Tayyip Erdogan, has accused Burma’s forces of genocide. A United Nations Report published this year described the mass killings and gang rapes by Myanmar’s armed forces in actions that “very likely” amounted to crimes against humanity. Unfortunately this barbaric and heinous crime (Crime against Humanity & Genocide) was committed by the very people (Myanmar’s armed forces) whose duty was to protect the lives of ethnic Rohingya minorities.

Was it the dream for which the framers of the UN Convention on Genocide in December 1948, introduced international law against genocide prohibiting any acts committed with the intent to destroy, in whole or in part, a national, ethnic, racial or religious group?

Was it the dream for the Contracting Parties to confirm that genocide, whether committed in time of peace or in time of war, is a crime under international law which they undertake to prevent and punish? Wasn’t it the dream of the founding fathers of the Convention that it will impose a general duty on states that are signatories to “prevent and to punish” genocide?

In this article, an attempt will be made to establish whether the acts of ‘burning bodies of Rohingya Muslims’ to conceal evidence, mass killings and gang rapes of ethnic Rohingya female minorities,  widespread systematic attacks, destruction of their houses and burning down their business etc. directed against  Rohingya Muslims would be considered as crimes against humanity and genocide.

Under the Customary International Law, crimes against humanity are certain acts that are deliberately committed as part of a widespread or systematic attack or individual attack directed against any civilian or an identifiable part of a civilian population.

Unlike genocide and war crimes, which have been widely recognised and prohibited in international criminal law since the establishment of the Nuremberg principles, there has never been a comprehensive convention on crimes against humanity.

Genocide under International Law: It is also to be noted that genocide is understood by most to be the gravest crime against humanity. It is the mass extermination of a whole group of people, an attempt to wipe them out of existence. If we look at the history of the term genocide, we would be able to see that it is a combination of the Greek word génos (“race, people”) and the Latin term suffix meaning cide (“act of killing”). The term was coined in 1943 by the Jewish-Polish lawyer Raphael Lemkin who combined the two Greek words. After witnessing the horrors of the Holocaust, in which every member of his family except his brother was killed, Dr Lemkin campaigned to have genocide recognised as a crime under international law.

Article 2 of the Convention on the Prevention and Punishment of the Crime of Genocide (1948), defines genocide as “any of the following acts committed with the intent to destroy, in whole or in part, a national, ethnic, racial or religious group, as such (a) killing members of the group, (b) causing serious bodily or mental harm to members of the group, (c) deliberately inflicting on the group conditions of life calculated to bring about its physical destruction in whole or in part; (d) imposing measures intended to prevent births within the group & (e) forcibly transferring children of the group to another group.

In the light of the above definition of genocide,  acts of ‘burning bodies of Rohingya Muslims’ to conceal evidence, the mass killings and gang rapes of ethnic Rohingya minorities by Myanmar’s armed forces due to their ethnicity clearly amounts to genocide in accordance with the clear definition of the UN convention.

This is clearly an intentional action by Myanmar’s armed forces to destroy Myanmar’s 1.1 million ethnic Rohingya minorities. As the Myanmar’s military are involved in committing crimes against humanity and genocide; therefore an international legal war should be waged by the International Criminal Court against the perpetrators of this crime to establish international justice.

Since 2002, the International Criminal Court can exercise its jurisdiction if national courts are unwilling or unable to investigate or prosecute genocide, thus being a “court of last resort,” leaving the primary responsibility to exercise jurisdiction over alleged criminals to individual states.

Absence of an International Body: It is also to be noted that the UN convention on genocide is under immense fire as there is nobody of international law to clarify the parameters of the convention. The difficulty of defining or measuring “in part”, and establishing how many deaths would equal genocide. In addition, UN member states are hesitant to single out other members or intervene, as was the case in Rwanda. The question arises, would the member states of the UK feel hesitant to intervene in the mass killing of Rohingya minorities and bring the perpetrators before justice?

Legal Precedents: If we look at the legal precedents we will be able to see that the first case to put into practice the convention on genocide was that of Jean Paul Akayesu, the Hutu mayor of the Rwandan town of Taba at the time of the killings. In a landmark ruling, a special international tribunal convicted him of genocide and crimes against humanity on 2 September 1998. More than 30 ringleaders of the Rwandan genocide have now been convicted by the International Criminal Tribunal for Rwanda.

In Bosnia, the 1995 massacre at Srebrenica has been ruled to be genocide by the International Criminal Tribunal for the former Yugoslavia (ICTY). General Radislav Krstic, the first man convicted by the ICTY of genocide in Bosnia, had appealed against his conviction for his role in the killing of more than 7,000 Muslim men and boys in Srebrenica. Bosnian Serb leader Radovan Karadzic remains on trial at The Hague.

In another legal precedent, the President of Sudan, Omar al-Bashi is accused of waging a campaign against the citizens of the Sudanese region of Darfur.

Some 300,000 people are said to have died and millions have been displaced in seven years of fighting there. The International Criminal Court in 2010 issued an arrest warrant for the President of Sudan, Omar al-Bashir, on genocide charges.

Limitations: However, there are serious limitations of the international law on genocide to penalise the perpetrators of genocide. The Bosnian Serb leader Radovan Karadzic is currently on trial at The Hague accused of war crimes and genocide. He denies the charges. President Bashir continues to travel outside Sudan, to countries who are signatories to the International Criminal Court, without being detained as ordered by the arrest warrant. If his case is ever brought to trial it will be the first time that genocide charges are brought against a serving head of state.