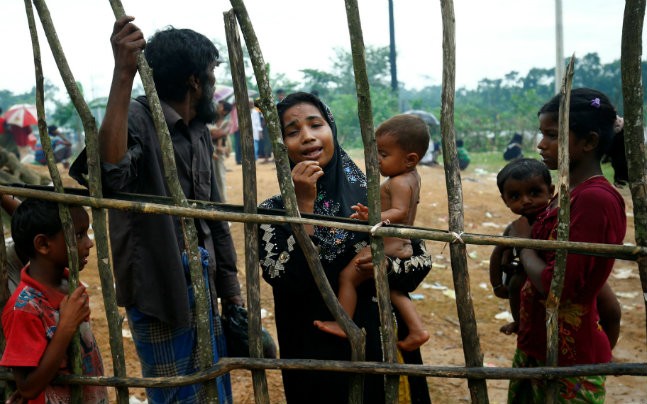 The government has started weeklong vaccination campaigns among Rohingya children against measles, rubella and polio on Saturday, aiming to check possible outbreak of diseases following fresh influx of Rohingyas.

He also hoped that 120,000 Rohingya children will be vaccinated within the stipulated seven-day campaign.

A total of 36 medical camps with five to ten heath officials each have been set up for providing medical services to Rohingya people in the district which witnesses fresh influx of Rohingyas fleeing persecution in Myanmar, the civil surgeon added.

During a visit to the camps on Saturday, Mohammed Nasim, Minister for Health and Family Welfare, said all kind of leaves and vacations of the health officials who are dedicated to provide medical services among Rohingya refugees have been canceled.

Additional physicians will be sent for providing medical services to Rohingyas, the Civil Surgeon added quoting the minister.

Rohingya people, who did not get shelter yet, have been suffering from fever, cold and cough. Rapid changes of the weather are the main cause behind the diseases, he added.