Dancing in the 'gods': A haven for UK concert lovers 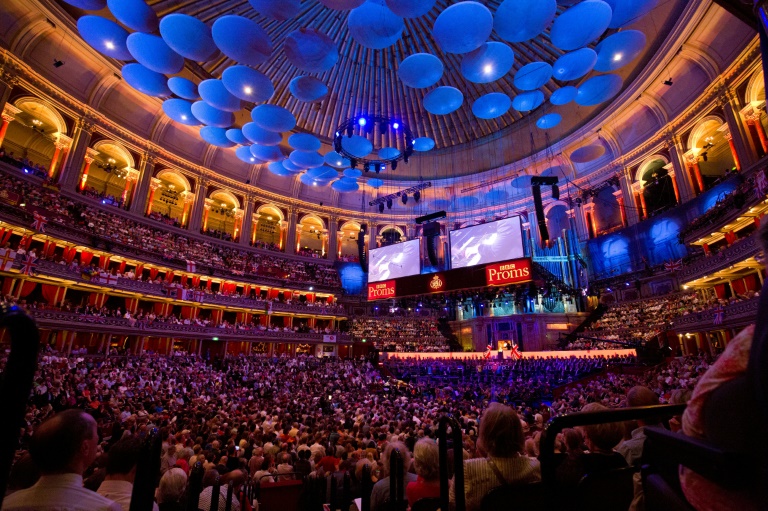 It's a world apart from the polished atmosphere of traditional classical music concerts.

Way up near the roof of London's Royal Albert Hall, spectators at the summer-time Proms soak in the music without worrying about the conventions.

"If you're sitting in a seat, you have to sit with your back straight all the time and you can get a bit uncomfortable," said Lisa Beecham, a 38-year-old teacher from London.

"But up here you can lie down, you can walk around, you can move position."

She is among the tens of thousands who flock every year to the Proms, the world's biggest classical music festival staged at the 5,500-capacity venue.

Only a minority of them experience the concerts from the Gallery, right at the top of the circular, domed 1870s Italianate masterpiece on the edge of Hyde Park.

The Gallery is a unique place to experience the BBC Promenade Concerts, which run annually for eight weeks between July and September.

The circular corridor, more than 250 metres (820 feet) long, rings the top of the auditorium and offers a striking view from beneath its high arches.

Up here in the Albert Hall's highest reaches -- an area referred to as "the gods" in British theatres -- there are no padded red seats or numbered rows.

Prommers stand where they like to best appreciate the music floating up from the philharmonic orchestra on the stage a dizzying distance below.

Leaning against the barrier, with a clear view down to the musicians, Matthew Knight said he prefers standing.

"You feel more part of it than if you were just sitting down," he said, marking the tempo with his right hand.

"You get more concentration, you get more of the music because you're not just sitting comfortably."

Knight, who works at London's Southwark Cathedral, comes to around a dozen concerts each year.

"It is the best festival in the world," he added.

Like him, most concert-goers in the Gallery lean against the railing to see the stage, some with binoculars to follow the conductor close-up.

If it gets crowded, elbow room is at a premium in order to see the orchestra.

- Dancing with the music -

A few metres back from the railing, lying on a blanket, Erica Seo and her partner have made the opposite choice.

They listen to Robert Schumann's "Violin Concerto" with their eyes closed, each one lost in their own thoughts.

"It is just like being in the living room, but much better music, because it is obviously live, and you get really a feel of the detail, you can feel the pulse," she said.

"Usually we would sit there and watch it more closely, but today we wanted to be a bit relaxed."

Jane Smith, 61, is attracted by the "anything goes" ambiance.

Barefoot and swinging with the rhythm, she is a regular who comes several times a year -- and always to the Gallery.

"Sometimes, on the top, I can dance, but it has to be the right music. I haven't danced this year. Oh yes, I danced once," she said, with a smile.

"And I can go the toilets whenever I want."

Standing by the access stairs, the ushers are relaxed towards Gallery-going Prommers.

"It's kind of a special area because generally it's supposed to be standing, but it's like a tradition for each person to do their own thing," said Albert Hall employee Ruta, 21.

"As long as they don't make much noise, it's not a problem," she said.

Some groups of friends make a mini-picnic out of it, sitting on the floor munching sandwiches, with plastic glasses spread out around them.

The "unpretentious, relaxed" atmosphere pulls in a "much more diverse" crowd than other London classical music concerts, said Sarah Legrand, 33, who came with a friend.

"Here you can see students, young people with their kids," she said, looking around. "In other normal indoor classical music venues, most people are retired."

The diversity is fostered by the cheap ticketing strategy.

Purists lament the end this year of the traditional colourful queue outside for tickets -- which has, like so much else, moved online.