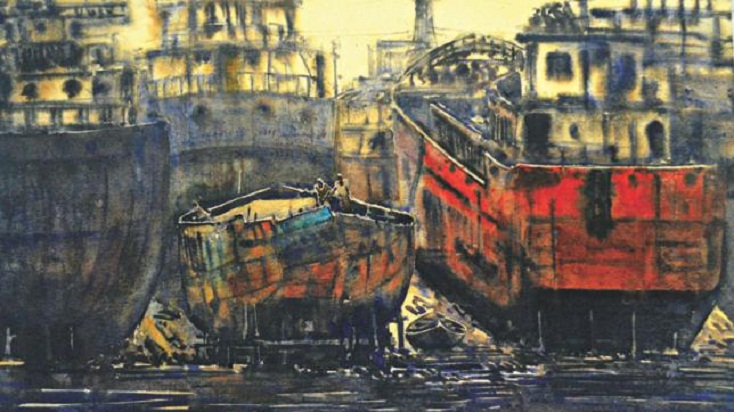 The exhibition will remain open from Monday to Thursday from 3pm to 9pm and from Friday to Saturday from 9am to 12 noon and 5pm to 8pm till August 30.

Prof Jamal Ahmed of the Department of Drawing and Painting under Faculty of Fine Arts of Dhaka University attended the inaugural ceremony as the chief guest.

This exhibition is all about a journey that begins within the artists themselves and then through their dreams, memories, perception, and feelings amid the urban life, the journey continues on.

The journey acquires a voice of its own and tells a story of being obsessed with the daily happenings.

Bound by the mechanical life of tiresome drudgery, the journey reveals about the resultant suffocation.

Artists Sayed Fida Hossain and Sultan Ishtiaque believe that the inner existence that defines the journeyer does not want to be strangled by this suffocation, and instead want to get obsessed with nature and be emancipated from the shackles of ennui, said a press release.

Ishtiaque's canvasses used to depict natural beauty with all its glory, but now his approach has evolved to include in those landscapes the compelling presence of individuals and their dreams and hardships.

A massive shipyard now exhibits the raw emotion Ishtiaque felt for the shipyard workers who are in imminent danger on account of working under unsupervised and hazardous conditions.