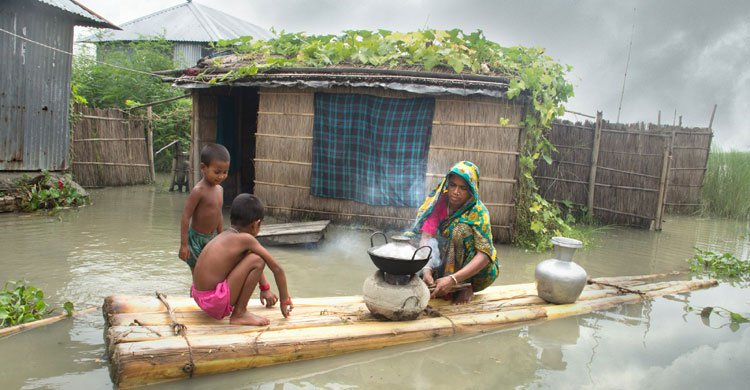 Three people, including two schoolboys, have drowned in floodwater on Wednesday morning at Bhaluka village in Melandah upazila, UNB reports.

The deceased were identified as Zillur Rahman, 15, son of Liakat Ali of Nagerpara, and Sajib, 15, son of Mayna of the upazila, class-X students of Melandah Umir Uddin Pilot High School, and Lal Mia, son of Badsha Mia of Tentulia village in Jamalpur municipality.

Mazharul Karim, officer-in-charge of Melandah Police Station, said Zillur and Sajib were taking a group selfie standing beside floodwater in the area around 11:30 am. At one stage, they slipped into the water and drowned. Later, pedestrian Lal Mia also drowned as he tried to rescue the schoolboys.

Later, the floating body of Zillur was recovered around 4:00 pm on the day, the OC said.

Fire servicemen recovered the remaining two bodies around 9:00 am on Thursday after a 20-hour of hectic search, he added.