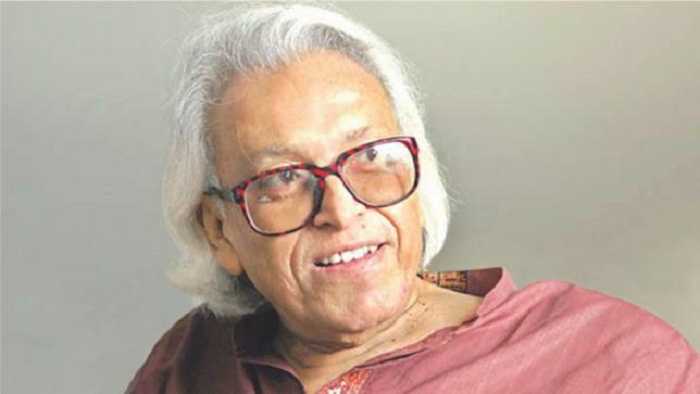 Shamsur Rahman - the country’s unofficial Poet Laureate, will be remembered on his 11th death anniversary Thursday.

Marking the day in a befitting manner, different socio-cultural organisations arrange   elaborate programmes across the country.

Shamsur Rahman was a poet, columnist and journalist - all at once. He was born at Mahut-Tuli in Dhaka on October 23, 1929.

His paternal home is at Paratoli - a village on the bank of the River Meghna under Raipura Upazila of Narsingdi. He passed his matriculation from Pogos High School in 1945.  Later, he took his IA as a student of the Dhaka College.

He studied English literature at the Dhaka University for three years but did not take the examination. After a break of three years he got admitted to the BA pass course and received his BA in 1953. He also received his MA in the same subject where he stood second in second division.

Rahman started writing poetry at age 18- just after graduating from the Dhaka College. He has written more than 60 books of poetry and is considered a key figure in Bengali literature.

Major themes in his poetry and writings include liberal humanism, human relations, romanticised rebellion of youth, the consequent events in Bangladesh and opposition to religious fundamentalism.

Shamsur Rahman has written most of his poems in free verse, often with the rhythm style known as Poyaar or Okhshorbritto.

It is popularly known that he followed this pattern from poet Jibanananda Das. He has also written poems in two other major patterns of Bengali rhythmic style, namely, Matrabritto and Shwarobritto.

The poet started his professional career as a co-editor in the English daily Morning News in 1957. Later on, he went to the Dhaka Centre of the then Radio Pakistan. But he returned back to his own rank at Morning News.

After the country’s liberation, he became the editor of daily Dainik Bangla in 1977. He also jointly worked as the editor of Bichitra - a weekly published since 1973.

He also worked as the editor of monthly literary magazine Adhuna. He worked as one of the editors of Kobikantha- an irregular poetry magazine.

He wrote his famous poem Asader Shirt which was written with respect to the mass uprising of 1969 led by Maulana Bhasani. During the country’s Liberation War, he also wrote a number of poems based on the war.

In recognition of his contributions to Bangla literature, Shamsur Rahman was honoured with a number of prestigious awards such as ‘Bangla Academy Award’,’ Ekushey Padak’, ‘Swadhinata Dibosh Award’, ‘Mitshubishi Award of Japan’, ‘Ananda Puroshker from India’, ‘TLM South Asian Literature Award for the Masters’ and ‘Adamjee Award’ at home and abroad.

Shamsur Rahman died of heart and kidney failure after having been in a coma for twelve days on August 17, 2006 aged 77.