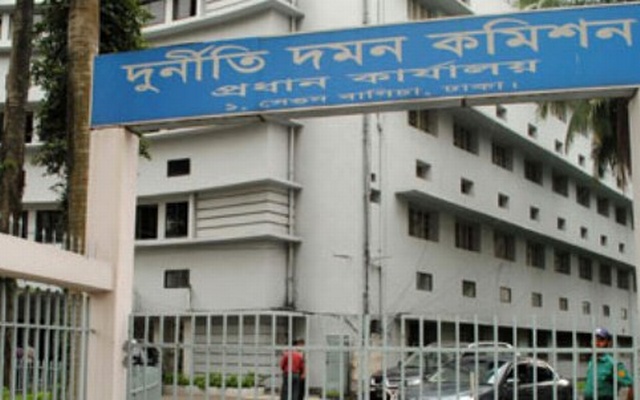 The Anti-Corruption Commission (ACC) has arrested Khairul Huda Chapal, a local contractor, for his alleged involvement in irregularities and graft in implementing haor embankment projects in Sunamganj, which ultimately caused flood catastrophe in haors damaging paddy fields at a time when the harvesting time is set to start, reports UNB.

The proprietors or representatives of 46 local construction firms involved in repairing or constructing embankments in haors are also accused in the case.

According to the first information report (FIR), the BWBD officials in collusion with each other gave clearance to the contractors violating the basic contract rules to continue the unfinished works of 84 packages of fiscal 2015-16 without calling new tenders in fiscal 2016-17.

The contractors did not start works on nine packages out of 160 and completed partial works of the remaining 151 packages, paving the way to plunder money from the future haor projects and thus caused huge losses to famers.

The FIR said the BWDB took a 6.5-km embankment project in 2011 to prevent flashflood in Sunamganj. The project was supposed to be completed in 2015, but it is extended up to June 2019 due to delay in launching the project.