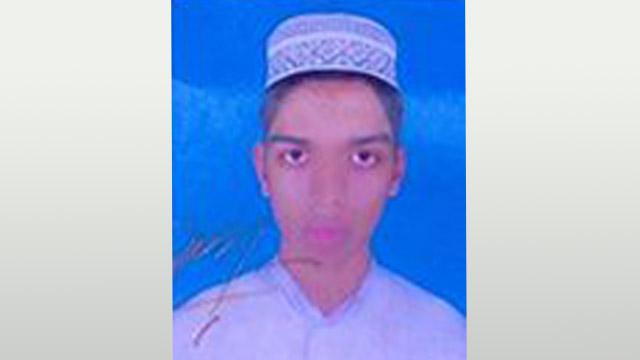 Quoting Md Shafiqullah, additional police super of Khulna, BSS said, "We will quiz Khair tonight about JMB link of his son Saiful. We released him after primary interrogation and asked to present at Dumuria Police Station tonight for more interrogation."

He said, a police team raided residence of Abul Khair on Monday noon at Noakathi village under Shahosh Union at Dumuria Upazila in Khulna.

Khair, a treasurer of Shaosh Union unit Jamaat-e-Islami and also Imam of Ula mosque at the Noakhathi village of the upazila, he said, adding that after searching the residence police seized Saiful's certificate and some Islami books.

Saiful Islam, the militant from Khulna who blew himself up during an anti-militant operation in a hotel in Dhaka's Panthapath area today morning, was a member of Neo-JMB's suicide squad, Shafique said.

Dumuria thana police officer-in-charge (OC) Md Habil Hossain told BSS that Abul Khayer has been quizzed by police for information about his son.

Quoting Saiful's father, the OC said Saiful had been studying at BL College while living at the Navy Colony of Khulna for the past three years.

Earlier on Aug 7, he left home for Dhaka mentioning about a job opportunity. He last contacted with his family on Sunday.

Quoting Saiful's family members, OC said, he passed the Dakhil examination from Ula Majidia Alia Madrasa of Dumuria upazila and Alim exam from Khulna Alia Madrasa. Among two physically challenged sisters and one brother, he was the eldest son of Abul Khayer.