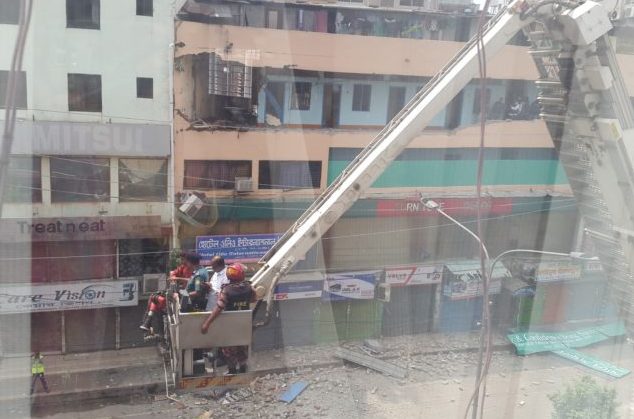 A suspected member of Neo JMB has been killed in self decorated explosion in a hotel of Panthapath area in the capital.

The deceased was identified as Saiful Islam, son of Abul Khayer of Dumuria upazila in Khulna.

Inspector general of police (IGP) A K M Shahidul Hoque said Counter Terrorism and Transnational Crime (CTTC) had secret information that the militants were planning to commit sabotage during August 15 rally at Dhanmondi 32 in the capital.

The police chief was briefing media after the operation 'August Bite'.

Police located militants' spot at Hotel Olio International in Panthapath and cordoned off the four-storey building in the early hours of Tuesday, he said.

In the morning, law enforcers asked the militants to surrender but they did not respond to them.

Around 9:44am, the operation 'August Bite' started after the militant had blasted explosives.

Saiful, a former member of Chhatra Shibir, was a madrasa student, son of a local mosque's imam.

Later, he studied in Political Science at Khulna BL College when he came into connection with New JMB, the police boss said.

CTTC chief Monirul Islam said they managed to get identification and other details of Saiful from the register book of the hotel located at West Panthapath, he added.

On August 7, Saiful came this city from his hometown in the name of searching job.

Saiful had three explosives in his bag. Of those, he blasted two and the rest one was recovered by the law enforcers, said Monirul.