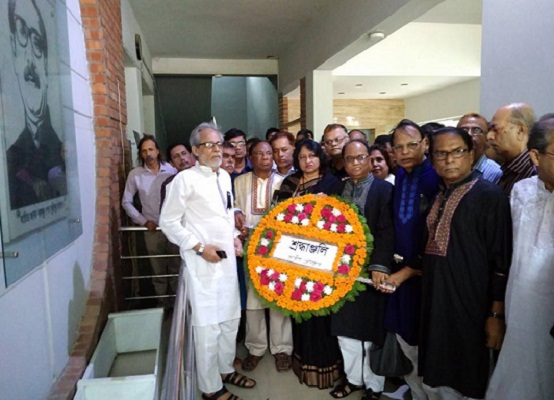 The National Press Club (NPC) Executive Members and senior permanent members led by its President Md Shafiqur Rahman on Tuesday paid a tribute to Father of the Nation Bangabandhu Sheikh Mujibur Rahman at his mural at Press Club entrance.

The President of the National Press Club EC members along with other journalists placed floral wreath at the mural of Bangabandhu this morning. After that, they offered Fatiha and doa for the eternal peace of Bangabandhu and his family members.

A special munajat was offered seeking eternal peace of the departed souls of Bangabandhu, Bangamata Sheikh Fazilatunnesa Mujib and other martyrs of the August 15 carnage.