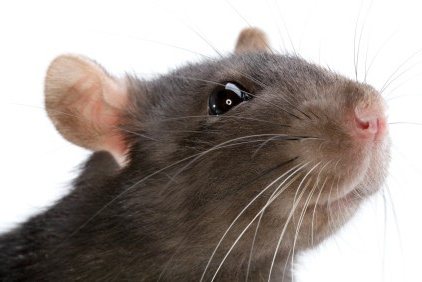 For a long time, rats have taken the heat for the waves of plague that killed millions of people across Europe starting in the 14th century. But now suspicion is falling on another rodent with a much cuddlier reputation: the gerbil.

A team of scientists from Norway and Switzerland are challenging the widely held view that communities of rats in Europe played host to the fleas carrying the disease for hundreds of years.
In an article published this week in the Proceedings of the National Academy of Sciences, the researchers say they think the plague bacteria could have sprung from populations of the great gerbil and other rodent species in Central Asia.

"If we're right, we'll have to rewrite that part of history," Professor Nils Christian Stenseth of the University of Oslo, one of the authors of the study, told the BBC.

The scientists investigated Europe's second plague pandemic, which began with the infamous Black Death from 1347 to 1353 and continued on and off for four centuries.

Rats weren't found in large areas of northern Europe during the period, and the peaks of the plague outbreaks don't correspond well with the climate conditions that suit rapid spreading of the disease by rat fleas.

Instead, by analyzing climate data gleaned from tree rings, they found clues that suggest the plague might have repeatedly been carried back into Europe from outbreaks among rodents in Central Asia.

"We show that wherever there were good conditions for gerbils and fleas in Central Asia, some years later the bacteria shows up in harbor cities in Europe and then spreads across the continent," Stenseth told the BBC.


The scientists say they think it's possible the plague was reintroduced each time by the trading networks of the era.

Caravans of traders and their camels that traveled through infested areas in Central Asia could have picked up the disease and sent it along trade routes reaching into Europe.

Pet gerbils not a risk

To determine whether they're right, the researchers plan to analyze ancient plague DNA taken from victims of the pandemic.

But if rats are hoping the scientists' theory will get them off the hook entirely, they should think again. The study says they could still have played a part in the spread of plague by ships.

And for people suddenly worried about their pet gerbil, there's no cause for alarm.

"If you get your gerbil at a pet store ... you have nothing to worry about," Ken Gage, a plague expert for the Centers for Disease Control and Prevention, told NPR.