Illinois governor vetoes $36B budget with $5B tax increase 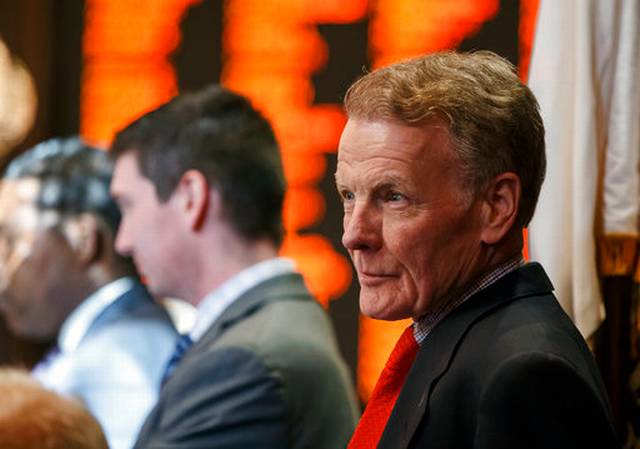 Illinois Gov. Bruce Rauner made good on his promise to veto a $5 billion income tax increase as part of a $36 billion budget plan Tuesday, even though lawmakers have enough votes to override it and help Illinois dig out of the longest budget crisis of any state since at least the Great Depression.

Rauner acted about three hours after the Democratic-controlled Senate's 36-18 vote to hike the personal income tax rate by 32 percent, from 3.75 percent to just under 5 percent. Corporations would pay 7 percent instead of just over 5 percent. The Senate later voted 39-14 to approve the spending plan.

Rauner promised to veto the measure because Democrats who control the General Assembly have yet to agree to resolve his pet issues, including statewide property tax relief, cost reductions in workers' compensation and benefits for state-employee pensions, and an easier process for dissolving or eliminating local governments.

The measure cleared both houses with three-fifths majorities, enough to override a gubernatorial veto. In the House, 15 Republicans jumped ship and put "yes" votes on a 72-45 tally in favor. One Republican, Sen. Dale Righter of Mattoon, put the Senate over the top with 36 votes.

"We are at a moment in time. We are faced today with the fierce urgency of 'now,'" said the tax increase legislation's sponsor, Sen. Toi Hutchinson of Olympia Fields. "We don't have any more time. And too late is not good enough."

The Senate followed with a 39-14 vote to approve a $36 billion spending plan that Democrats have crowed is $1 billion less than even Rauner floated last winter.

Tuesday was the fourth day of the third consecutive fiscal year that Illinois has begun without an annual budget agreement because of an ongoing dispute between Rauner and the Democrats. He has insisted that in exchange for a funding plan, he should secure business-friendly "structural" changes, such as cost-reducing restrictions on the compensation program for injured workers and state-employee pensions. He wanted a four-year statewide property tax freeze matched by a temporary income tax increase.

But the income tax increase headed to his desk is permanent.

"It's regrettable that I stand here today not capable of being able to support this package, not because what's in the package is bad, but because it's incomplete," said the Senate's newly minted minority leader, Bill Brady of Bloomington. "We need a comprehensive budget package with reforms."

If Rauner doesn't like the tax plan, the financial world does. On Monday, two of the nation's top credit-ratings agencies signaled it would be a good idea for Rauner to accept the results. Fitch Ratings and S&P Global Ratings, having earlier threatened to move Illinois' creditworthiness into "junk" status without swift action to approve a budget, smiled favorably on the financial outlook.

Democrats and Republicans have negotiated the issues that Rauner considers outstanding in the two weeks since the special session began. But the GOP claims talks broke down over the weekend in advance of Madigan calling the budget votes. Madigan said Monday that those talks were ongoing.

"We'll continue to work with the Republicans on those issues until they're resolved," Madigan said.