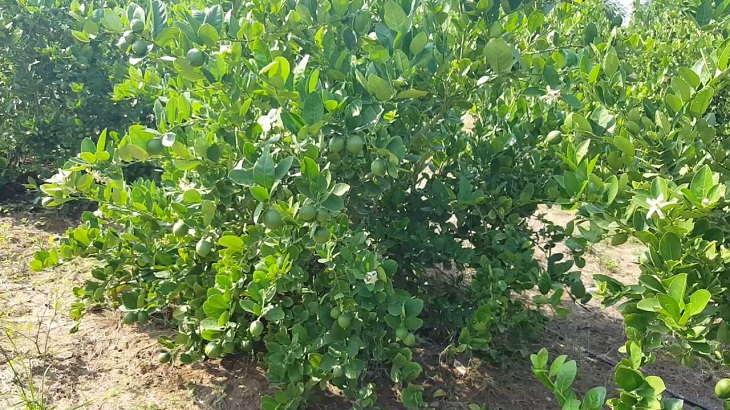 Growers of the district are satisfied with output of Kagzi variety of lemon and its fair prices.

"Growers of three upazilas of the district-Patiya, Boalkhali and Chandanaish, who have Kagzi variety of lemons' plants, have witnessed a bumper yield of the sour fruit," said Mohammad Ali, a grower of Patiya upazila.

Agriculture Officer of Department of Agricultural Extension (DAE) Raghunath Saha said in recent years, lemon cultivation has brought fortune to hundreds of farmers in the district.

About 10,000 people are involved in cultivating and marketing of Kagzi in the district, he said.

He also said: "Cultivation of lemon is expanding every year. About 5,000 tonnes of lemon will be produced this year in the district."

Farmers of the locality have started exporting this variety of lemon to abroad after meeting local demands, he added.

Kagzi is grown on over 25,000 acres of hilly land in the three upazilas of the district. Plants are grown in homesteads as well as orchards. A matured plant can yearly produce 150-200 fruits which are rich in vitamin C and used for making fresh juice, pickles and beverages.

Kagzi is the most popular lime variety which names sometimes depends on place. It is known as Kagza in Pabna district while Patia Kagzi in Chittagong.

Mohammad Ali, a grower of Patiya upazila, narrated his successful story. He said he has a lemon orchard on nine bighas of land.

"I am getting an excellent production from my garden," he said, expressing hope that he would earn over Taka 70,000 this year selling the lime.

Cultivation of Kagzi lemon in the locality is increasing gradually as farmers are showing interest in farming of the fruit due to its lucrative profits, he added.