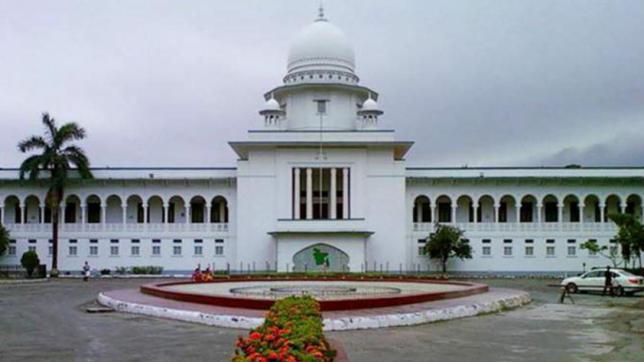 A Supreme Court lawyer on Tuesday served a legal notice on the authorities concerned seeking withdrawal of all the excise duties on bank deposits within 72 hours.

In the notice, Advocate Md Eunus Ali Akond also demanded necessary steps to repeal the finance acts, 2004 and 2010 within the period, saying he will file a writ petition with the High Court if his notice goes unheeded.

The Jatiya Sangsad Speaker, and Cabinet, Finance and Parliament Secretariat secretaries were made respondents to the notice.

It was mentioned in the notice that the Excises and Salt Act was enacted in 1944 to realise excise duties from goods.

The act was not meant for imposing excise duties on bank money of the depositors but the provision of collecting excise duty on bank deposits was illegally incorporated in finance acts, 2004 and 2010 through amending the act, Eunus said. "This is illegal, and violation of the Excises and Salt Act, 1944 and the constitutional mandate," he said.

In the proposed budget, Finance Minister AMA Muhith imposed Tk 800 instead of Tk 500 against the accumulated savings ranging from Tk 1 lakh to 10 lakh.

Various quarters raised questions about the government's move, saying it will affect a huge number of lower and middle-income people.