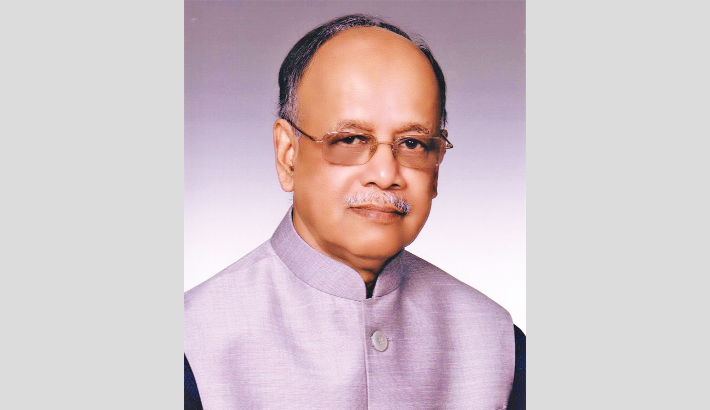 Barrister Moudud Ahmed, by profession a renowned lawyer a good researcher and a colourful politician, is a household name in Bangladesh, most of the time for wrong reasons. As a young lawyer he came close to Bangabandhu during the Agartala Conspiracy case in 1967.  Bangabandhu loved him as his own son.

In 1971 Moudud was appointed the Post Master General by the government in exile and he is credited with bringing a set of postage stamps during the war which are still considered as valuable documents of our Liberation War.  Moudud had very close relationship with the Bangabandhu family but Bangabandhu may not have had much confidence in Moudud’s political acumen and never gave him any political assignment or even nomination to contest in the parliamentary elections of 1970 or 1973.  In 1974 Moudud was arrested on sedition charges to be later released on the request of his father-in-law Palli Kobi Jashimuddin Ahmed whom Bangabandhu held in high esteem. After the assassination of Bangabandhu in 1975 Moudud was one of the first men to join the Bangladesh’s first military ruler General Zia as an advisor.  Moudud played a key role in founding Zia’s BNP and since 1975 served every government of Zia, Ershad and Begum Zia in different capacities. He even went to jail during their tenure (except Begum Zia’s) on corruption charges and from jail went to Bangabahavan to take oath as a Minister. He is the only lucky man in Bangladesh’s politics to have been appointed as the President (when Ershad resigned to hand power to Justice Shahabuddin, Barrister Moudud was sworn in as the interim President), Vice President, Prime Minister and Ministry of Law and Parliamentary affairs. The only party he never could get a berth on was Bangladesh Awami League. A renowned editor of a popular English Daily while speaking in the launching ceremony of a book in the National Press Club by Barrister Moudud during Begum Zia’s four party rule praised Moudud for his research work but did not forget to mention that Moudud is an enviable person when it comes to changing party and always being very close to the ruling party. Undoubtedly Moudud is a good researcher and good lawyer but a politician of questionable credibility. He is known for his sly smile on his face and even if he is telling the truth common people take it with a grain of salt.

The all powerful and politically spoilt Moudud was evicted from the house in the posh Gulshan area on last Wednesday where he has been living for about three decades in luxury and style. The eviction was a result of the legal battle that Moudud fought for the last few years desperately trying to prove to the court, including the apex court of the country, that he is the legal owner of that house. The court was not convinced. Once the court declared on Sunday that Moudud has to vacate the house and hand it over to the rightful owner, in this case the RAJUK, he defiantly said he would not do so. Whether such a statement is a contempt of court is something the court to decide. Moudud exhausted all legal options available to him and once he lost the legal battle announced that there is no rule of law in the country. When the eviction was in process Moudud announced to the press as he has no place to go he will sleep on the streets of Gulshan but interestingly he had his own vacant apartment close by where his household belongings were taken to.  According to social media he even owns houses in US though the authenticity is yet to be proved. The Gulshan house belonged to one Mohammed Ehsan who bought the land in 1961 from the then Dhaka Improvement Trust, measuring one bigha and thirteen katha (half acre plus). In 1965 Ehsan transferred the land to his Austrian born wife Inge Maria Flatz and during 1971 they both left Dhaka. After Bangladesh became independent like many such properties left behind by the Pakistani owners throughout the country were declared as abandoned property and taken over by the government. Subsequently many of these properties were used by the government to house its offices and residential quarters for its employees and many were auctioned. The house in question was falsely shown as being transferred by Ms. Fatz through a power of attorney to Moudud’s brother Monzur Ahmed for just Taka 100 on August 2, 1973 who in turn allowed Barrister Moudud to live in the house as a tenant. However it was proved in the court by the Anti-Corruption Commission that Ms.  Fatz died few months before August and the Moudud’s claim was not true. No transaction ever took place between Fatz and Moudud or his brother. Barrister Moudud tried to make political case out of his eviction but people were not convinced.

On the evening of Wednesday BNP Chairperson  Begum Zia visited Moudud and consoled him that once they are back in power Awami League leaders will have to vacate their house in one cloth, not saying how that may be done. Going back few years when Begum Zia was evicted by order of court from her unlawfully occupied cantonment house she said the same thing.  The then Secretary General of BNP Khondakar Delwar Hossain even audaciously said that once they are in power they will occupy Bangabandhu’s Dhanmondi residence. But unfortunately BNP is yet to come back to power.

Houses have played some interesting role in Bangladesh’s politics. During Awami League rule of 1996-2001 a section of overzealous people in the government allotted part of Gonobhaban to Sk. Hasina and an abandoned house in Dhanmondi area to Bangabandhu’s second daughter Sk.

Rehana. It was sheer good thinking of Sk. Hasina and her farsightedness that she did not agree to take Gonobhavan in her possession for which she was hailed by her well-wishers. One of the first things Begum Zia did when she became the Prime Minister was to scrap the allotment of the house allotted to Sk. Rehana and convert it into a police station. Currently though Sk. Rehana lives most of the time in London does not have any house in Dhaka. When she is visiting Dhaka she lives with her sister.


Altaf Mahmud the immortal music composer of ‘aamar bhaier roktey rangano ekushey February’ was killed by the Pakistan Arm in 1971.

Immediately after the Liberation War the Father of the Nation Bangabandhu Sheikh Mujib allotted few abandoned properties to such martyrs in return for a token price. Shahid Altaf Mahmud’s family was one such recipient. The family was allotted a very humble house located in Malibagh. In 1982 the police evicted Altaf Mahmud’s family from the house, literally going on a rampage inside the house. It is alleged that Moudud played a key role in this eviction. Shahid Altaf Mahmud’s widow did not know what to do in that situation. She came out with a suitcase. While her child Sawon sat on a suitcase that the family could salvage her mother watched in teary eyes the rampage being carried out inside their house, Shahid Altaf Mahmud’s musical instruments being broken to pieces. It was no eviction by any order of the court. It was use of sheer muscle power.

Similar incident happened when Shahid Khaled Mosharraf’s family was forcefully evicted from their house in 2005 by Begum Zia’s nephew with the help of a band of party thugs. Here also the court had no role to play. Begum Zia’s Political Advisor Haris Chowdhury illegally occupied a big chunk of land with a palatial house and a small zoo in Gulshan. After the 1/11 Chowdhury went into hiding and Rajuk took control of the property.

Chowdhury’s whereabouts are still unknown and BNP never bothered to demand that Chowdhury be found.