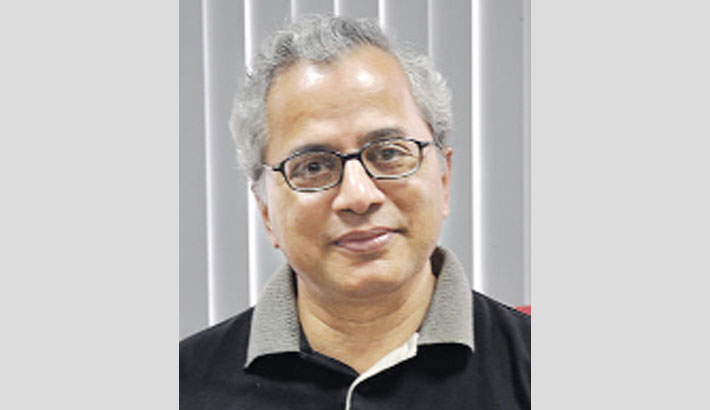 I’m a stranger to politics in general and in particular to foreign politics. But I happened to watch the video clip of Donald Trump’s speech made to the Arab Islamic American Summit held at the King Abdul Aziz centre on 21st May 2017, which I found very eloquent and impressive.

In this long speech the president urged the leaders of the nations (many of whom were present in the Summit including our Honourable Prime Minister) to uproot militancy forces as the number one enemy of civilisation. In beautifully crafted phrases he castigated the terrorist outfits like the ISIS, Al Qaeda and the Taliban, and emphasised on a united fight against terrorism. “The true toll of ISIS, Al Qaeda, Hezbollah, Hamas, and so many others, must be counted not only in the number of dead. It must also be counted in generations of vanished dreams,” said the President.

He isolated Iran as the only country that encourages and funds terrorism worldwide, and hoped that Saudi Arabia and other Arab nations will take up the fight against terrorism through the process of neutralising Iran. Like all presidential speeches the speech was rife with innuendoes, ironies, duplicities and such other oblique remarks which make such a speech more thoughtful than plain. For example, as Edward Said explained in his masterpiece, Orientalism, that the western imperial powers or rather the Orientalists patronised by the powers, loved to portray the East by its idyllic past rather than by its ugly present, so does Trump while describing the great legacies of the Arab nations, give them accolades for their rich past. “Saudi Arabia is home to the holiest sites in one of the world’s great faiths,” and, he continues, “Egypt was a thriving centre of learning and achievement thousands of years before other parts of the world. The wonders of Giza, Luxor and Alexandria are proud monuments to that ancient heritage,” and “All over the world, people dream of walking through the ruins of Petra in Jordan.” But particularly interesting is the reference to Iraq: “Iraq was the cradle of civilisation and is a land of natural beauty,” with no hindsight about the presently ruined country it has become for which America is no less responsible than Iraq itself.

But it was a magnificent speech, and in Trump’s John Wayne-like rolling accents it sounded quite genuine. Referring to the enduring friendship between King Abdul Aziz, the founder of the Kingdom of Saudi Arabia and President Roosevelt, President Trump said that he had come to the Kingdom by choice, with a mission to gel friendship between world’s three great faiths—Islam, Christianity and Judaism: “I stand before you as a representative of the American people, to deliver a message of friendship and hope. That is why I chose to make my first foreign visit a trip to the heart of the Muslim world, to the nation that serves as custodian of the two holiest sites in the Islamic Faith.” Later on he would meet the Israeli Prime Minister in Tel Aviv and the Pope in the Vatican.

I agreed readily with Trump’s views on pacification, but then there’s a happy reference to an arms deal to the tune of 110 billion US dollars which the Saudi King had signed to strengthen his country’s defences: “This landmark agreement [of $400 billion the Saudi will invest in both countries] includes the announcement of a $110 billion Saudi-funded defence purchase – and we will be sure to help our Saudi friends to get a good deal from our great American defence companies. This agreement will help the Saudi military to take a greater role in security operations.”

On the following morning, the lead news was not what President Trump told about curbing militancy worldwide but the billion dollar arms deal he compacted with the Saudi King. This is a familiar lore in world politics that you speak about the welfare of mankind, but under the surface you propagate actions that exactly act as deterrence to the welfare of mankind. Arms deals are made officially to establish peace by waging a ‘just war’—but the bemused listeners know that there’s nothing called a just war. The world leaders however cannot be faulted for seeking war in order to find and found peace. Not since the dawn of civilisation, but before that even in the pre-modern society political craft oversaw moral propensities.

Though after the Golden Temple attack (1984) by the Indian army caused a furor all over India and the then Indian Prime Minister Indira Gandhi held a press conference over the issue and explained the whole situation to the editors and journalists why she had to undertake the action, writer Khushbant Singh, the then editor of The Illustrated Weekly of India retorted that what was morally not correct couldn’t be politically correct, and I agreed with this view for many a year, but the more I observe the political situations both at home and abroad, I find that whether a political action is morally correct or not is a superficial concern, because a political action is taken as it has to be taken, and whether it’s morally approvable or not is quite a secondary issue. For example, Donald Trump’s speech on pacification is directly in contradistinction to the act of arms deals but this is how the world—I mean the political world—goes or has to go.

Politics has always been a matter of expedience. It surreptitiously acknowledges that might is right. In the age of modern economy, we should repeat the saying that power and money go hand in hand. My argument has nothing to do with the removal and reinstallation of the statue of Lady Justice, modelled on the Greek Goddess Themis, which is basically considered as an artwork, but which has earned the ire of the religionists as it stood by the site of the courtyard where the Eid congregation is held. Thus the authority removed it from its original location and reinstalled it just after forty eight hours in front of the SC annex buildings and thus raised a hot debate between the supporters of the removal and those against it. I say again, I’ve no issue about removal and reinstallation, but I want to point to the fact that the statue was provided with a pair of scales just to symbolically suggest the equity of justice or the concept of law being equal to everybody. But paradoxically, the scales are a very unreliable object in a social context. In the old market days, the pair of scales was manually handled to fix weightage of the purchased commodity, and thus it acted as a continuous source of quarrels between the buyer and the seller. The buyer complained of stealing on weight, and the seller insisted that his scales were not tempered with. But with the arrival of the digitally controlled weighing machine even in the remotest village markets the occurrence of such quarrels has become less and less. But in the world of jurisprudence the scales merely indicate what is desired to be achieved rather than what actually is achieved. The scales in the world of jurisprudence are often tilting rather than balanced. Quipping at the manipulative potentiality of the scales, Shakespeare’s King Lear says, “Plate sin with gold / And the strong lance of justice hurtless breaks.” So far as the implications of the scales go they conform not to what Khushbant Singh thought about politics in connection with morality, but to what a modern Donald Trump insists: “A better future is only possible if your nations drive out the terrorists and extremists. Drive. Them. Out. DRIVE THEM OUT of your places of worship. DRIVE THEM OUT of your communities. DRIVE THEM OUT of your holy land, and DRIVE THEM OUT OF THIS EARTH.”

It’s difficult not to be reminded of Aesop’s story of the monkey’s distributing the pancake between two cats.