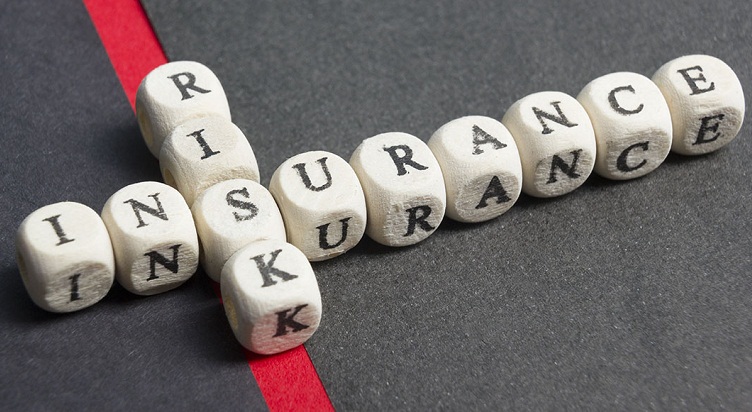 Bangladesh is highly vulnerable to tropical cyclones, floods and riverbank erosion. Those affected by these catastrophes are mostly the poorer segment of society who have limited access to protective measures and have very little capacity to cope with the loss of assets and income.

To address this, large resources are required for disaster management, including mitigation, recovery and preparedness.

There is a growing need to expand the insurance system in Bangladesh to protect its poorer people from shocks. Social insurance programmes in Bangladesh, however, are limited to civil servants and leave many informal workers unprotected from catastrophic income shocks, such as loss of employment, health and ability to work.

Micro insurance is an emerging sector, strongly linked to the micro credit movement in Bangladesh. Despite the extensive reach of micro credit in South Asia, micro insurance is designed generally to address economic exclusion from resources, services, and/or social protection in the cases of death, ill-health, or any other adverse life-event. Many large non-government organisations (NGOs) in Bangladesh have implemented some micro-insurance mechanisms to cover health care, disability or death. But this micro insurance has not yet made any significant impact considering the great demand by the large population. Micro-insurance for health is also designed to rectify spatial exclusion from health services and cultural exclusion of women from health services. BRAC, Gonoshashthya Kendra and Delta, to date the micro insurance products available in the Bangladesh market are characterised by serious limitations. Commercial providers typically operate in the life area, though there is a dearth of products deliberately designed with the poor in mind.

Health services and modern medicines are out of reach for over one billion people globally. In many countries, including Bangladesh, barriers to public-health facilities force the poor to pay for healthcare out-of-pocket (OOP), often driving the poor further into poverty. Although a system of universal coverage may be ideal in many cases, there is a need for interim strategies to reduce out-of-pocket expenditure on health. Such strategies include mixes of community cooperative- and enterprise-based health insurance and social health insurance-type coverage for specific groups.

Micro insurance is still a nascent sector, with approximately 36.9 million lives in South Asia covered by some form of micro-insurance. There is substantial diversity in the programmes being offered in the subcontinent.

High out-of-pocket healthcare expenditure is a major hurdle in achieving universal health coverage, an explicit target under the recently announced Sustainable Development Goals (SDGs). Bangladesh, along with many other developing countries, faces the challenge of extremely high OOP healthcare expenditure. Annual per capita health care expenditure is USD 27 in Bangladesh out of which 63% (USD 17) comes from direct payment by individual, which is one of the highest proportions in Asia. Nearly 100 million people worldwide and 6.4 million people in Bangladesh slide below the poverty line every year for meeting healthcare costs. The public health care service of Bangladesh is not showing any sign of reducing OOP health care expenditure. Even though by constitution the public healthcare services are to be provided free of charge, supply shortages, an inadequate mix of healthcare providers, absenteeism among healthcare providers, and under-the-table payment add to the OOP expenses. As a signatory to Universal Health Coverage, it is important to find the way to reduce OOP healthcare expenditure. So, health insurance is considered one of the health financing tools that can potentially reduce OOP expenditure, it is still in a nascent stage in terms of its scope and coverage in Bangladesh.  (Iqbal M, Chowdhury AH, Mahmood SS, Mia MN, Hanifi SMA and Bhuiya: A Socioeconomic and programmatic determinants of renewal of membership in a voluntary micro health insurance scheme: evidence from Chakaria, Bangladesh. GLOBAL HEALTH ACTION, 2017)

Micro health insurance and its prospect

Though Asian Development Bank provided $2m grants for Bangladesh to develop the micro insurance sector of the country in 2009, there is very little progress in this sector. Some insurance companies run some pilot projects which is very insignificant in the context of huge population who are eligible for micro insurance.

The MIME products of INAFI cover mainly life risks through their “simple term insurance” and “term life with endowment” policies, which are designed in an actuarial context. However, the premium structure seems excessive in view of presumed exorbitant costs of intermediation.

For an example, ICDDRB in 2012 initiated a pilot micro health insurance project named “Amader Shasthya”, in Chakaria with 25,513 HHs with population of 153,652. The data between 2012 –May 2015 shows that even in poor economic and literacy condition villagers’ enrolment in this scheme is quite high. The degree of service utilisation and benefits received can greatly enhance the probability of membership renewal, which can be ensured with good quality of services and ease of access. (Iqbal M, Chowdhury AH, Mahmood SS, Mia MN, Hanifi SMA and Bhuiya)

There are different regulatory framework for micro insurance offered by commercial insurance companies and microfinance institutions.

Insurance Act 2010 - Section 6 of The Insurance Act and related Regulations mentioned about obligation of insurers in rural and social sectors.  The regulation has defined the scope of “Rural” and “Social Sector” and also determined the proportion of issued policy for both life and non-life insurance.

To achieve the SDGs and becoming a middle income country by 2030, we have to ensure to achieve UHC by 2030 and in this regard the GOB should emphasise more on micro health insurance policy. To achieve UHC under SDG we have no time to look back, the GOB has already initiated some programmes in small scale, but it should be execrated; both public and private insurance companies should give more emphasis on this issue and the GOB should provide subsidy or launch public private partnership programme. IDRA and the GOB can also play a vital role to encourage more big insurance companies to engage in this field as it incurs high operating cost and low persistency by providing different benefits regarding this issue. So, actuaries and policymakers should work together to find a way to make it more accessible and attractive to the low income people as well as to the commercial insurance companies.

The write is a Consultant, Magnum
Management Consulting