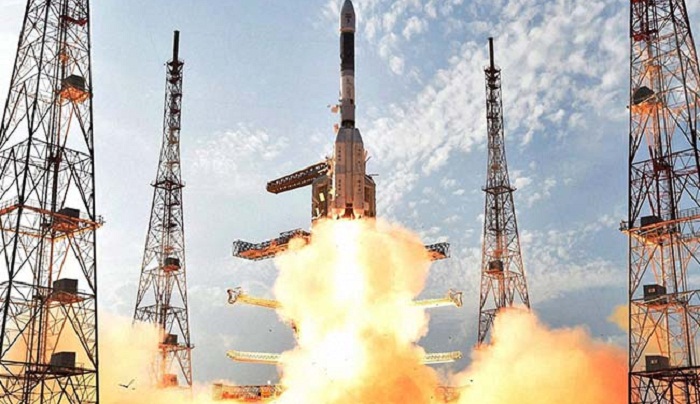 BENGALURU: India on friday successfully launched the South Asia Communication Satellite, fully funded by it and touted as an “invaluable gift” to its South Asian neighbours, that would provide communication and disaster support to the nations of the region.

The GSLV-F09 blasted off at 4:57 pm in clear weather from the second launch pad at the Satish Dhawan Space Centre in Sriharikota in Andhra Pradesh and injected the GSAT-9 into the orbit in a flawless flight.

“Successful launch of South Asian Satellite is a historic moment. It opens up new horizons of engagement. This will also greatly benefit South Asia & our region’s progress,” tweeted Prime Minister Narendra Modi announcing the success of the launch.

The GSLV-F09 mission is the 11th flight of the GSLV.

With a lift off mass of 2230 kg, GSAT-9 is a Geostationary Communication Satellite providing various communication applications in Ku-band with coverage over South Asian countries.

The satellite will enable a full range of services to neighbours including the areas of telecommunication, television, direct-to-home, VSATs, tele-education and telemedicine.

It can also provide secure hotlines among the participating nations, which will be useful for management of disasters like earthquakes, cyclones, floods and tsunamis.

Configured around the ISRO’s standard I-2K bus, the main structure of the satellite is cuboid in shape built around a central cylinder with a mission life of more than 12 years.

The satellite costing around Rs. 235 crore is fully funded by India.

Touted as a ‘invaluable gift’ to its South Asian neighbours, seven of the eight SAARC countries — India, Sri Lanka, Bhutan, Afghanistan, Bangladesh, Nepal and Maldives, are part of the project.

Pakistan has opted out of the project, saying it has its own space programme.