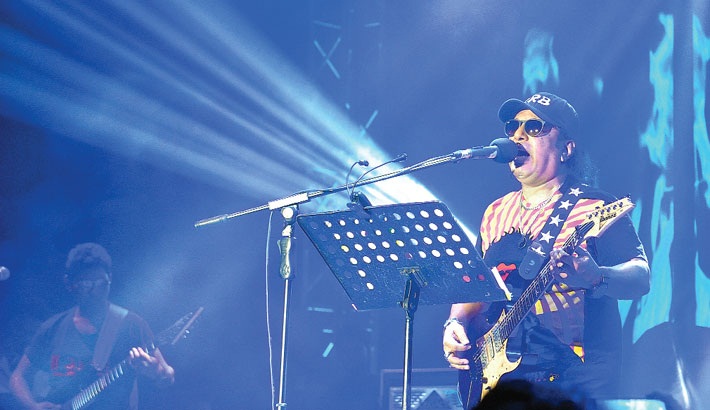 Celebrated singer Ayub Bachchu is all set to rock the audience at an open concert in the city on Tuesday, the Valentine’s Day.

Renowned Bangladeshi music band LRB and Dakghor will also delight the audience through their performances on the occasion.

Ayub Bachchu is a very popular musician, singer, lyricist and composer. He is best known as a founding member and the leader of the rock band LRB.

Bachchu was born in Chittagong. He started his music career there with the band Feelings in 1978. From 1980 to 1990, he was a member of Souls as lead guitarist.

Cholo Bodle Jai, written and tuned by Ayub Bachchu, is one of the greatest hits in Bangladeshi band music arena.

Even though he started out as a rock musician, Ayub Bachchu eventually branched out to the more mainstream music of Bangladesh.