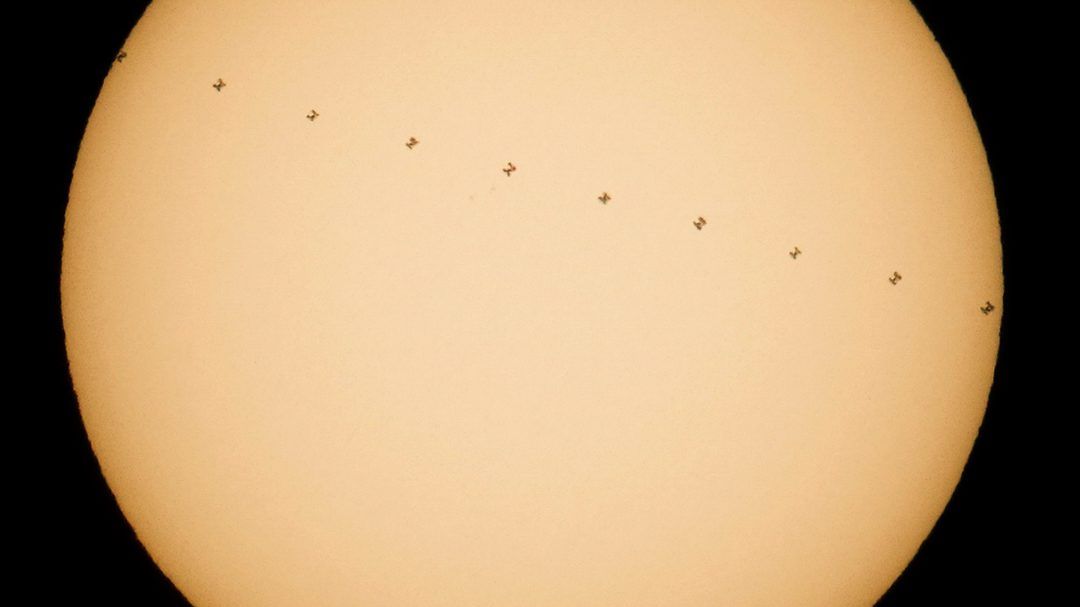 The International Space Station juxtaposed against the sun

Astronomy photography offers a glimpse of the wonderful universe beyond. It also reminds us how small we are in our own little world.

The photo department at Headquarters recently selected their 66 favorite photos of 2016, including a stunning 10-frame composite showing the tiny International Space Station (ISS) drifting across the sun

Taken by Joel Kowsky in Newbury Park, California, the photo shows the ISS against the sun. While the ISS is 109-meters (357 feet) wide, almost the size of a football field, the sun is 12 million times larger, over 1.3914 million kilometers (864,576 miles) in diameter.

That’s the equivalent of a fly ash in a football field. But because the station runs in the low Earth orbit, it is much closer to the camera than the sun, allowing a play of perspective that captures both man-made and natural space objects in the same frame.